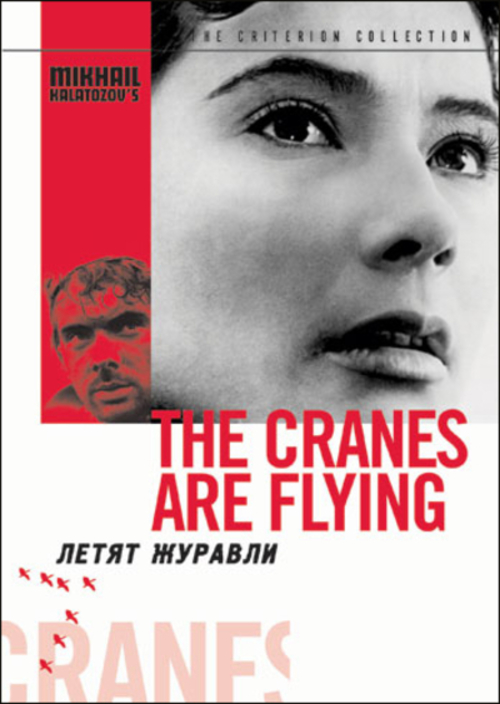 The Cranes Are Flying

Handsome factory worker Boris (Batalov) and his adoring girlfriend Veronica (Samojlova) are passionately in love, seemingly oblivious to the world around them. When World War II breaks out, however, Boris dutifully enlists in the Russian army and Veronica later learns that he has been killed. Forlorn and isolated, Veronica now must fend off Boris's brutish, draft-dodging cousin, Fyodor (Merkuryev), whose family has taken her in.

Made in the post-Stalin years, Kalatazov's tragic, visually poetic "Cranes" concerns a timeless theme — lovers separated by war — explored through a grim, heartbreaking series of events. The gorgeous, moon-faced Samojlova gives a touching performance as the beleaguered young war widow fighting against dispiriting circumstances, ably supported by a talented supporting cast. Kalatazov's mobile camerawork and swooping crane shots lend "Cranes" an exhilarating visual feel to match the hurtling passion of its ill-starred protagonists, introducing techniques he used again for his other masterwork, "I Am Cuba." Though it immerses us in despair, "Cranes" ends where it began, with a triumphant renewal of spirit.