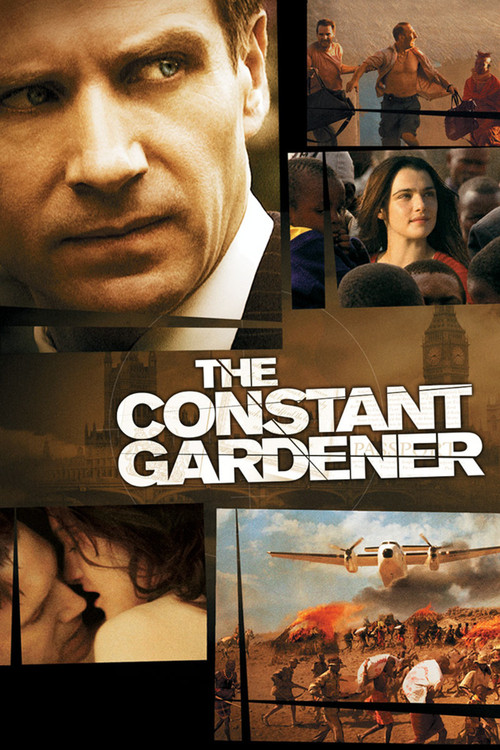 Offered a new assignment in Kenya, British diplomat Justin Quale (Fiennes) intends to leave without his lover, Tessa (Weisz), a gorgeous, outspoken political activist researching poverty in the Third World. On an impulse, they marry, and soon find themselves adjusting to life in Africa, with Tessa immersing herself in the affairs of locals and making a horrific discovery. When she is murdered, a devastated Justin stops at nothing to learn what Tessa knew and why she was killed.

Adapted from John Le Carré's novel by the Brazilian director of "City of God," this engrossing, high-stakes political thriller tackles the conspiratorial collusion of Western governments and pharmaceutical giants administering HIV treatment in Africa's beleaguered nations. Mereilles clearly wants us to identify with the downtrodden, and his visceral visual style and nonlinear storytelling grip us right from the start. Fiennes brings a dry gravity to his character's predicament, and Weisz couldn't be better as an antagonistic advocate who keeps her political activities a secret from her husband, a man content to shut out the world in his patio garden. Cynical and captivating, "Gardener" grabs you and never lets go.