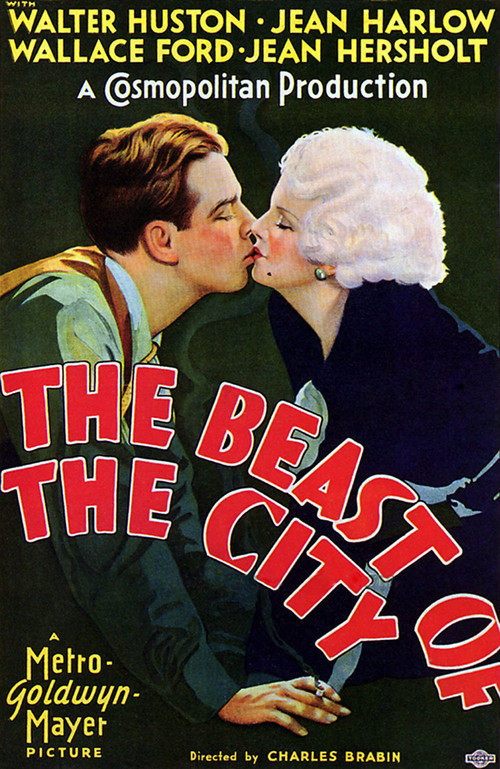 The Beast of the City

Chicago in the early 1930s is a place of wanton lawlessness in the grip of a vicious gang run by Sam Belmonte (Hersholt). Police chief Jim Fitzpatrick (Huston) makes catching this crook his life's goal, but is outmanned and outgunned at every turn. Meanwhile, his younger brother Ed (Ford), also a cop and resentful of being passed over for promotion, takes up with sexy Belmonte moll Mildred Beaumont (Harlow). Seduced by her in more ways than one, Ed begins running small scams for the gang. But when he conspires with Belmonte on a truck heist that leaves a cop dead, Jim is forced to take action against his own blood. In doing so, he may also have found the opening he needs to bring Belmonte down for once and for all.

This tough, gritty crime drama doesn't skimp on revealing the violent lengths to which the men in blue will go to get their man. In fact, they appear every bit as “beastly” as the bad guys equally intent on eluding capture — and that seems to be the whole point. Blonde bombshell Harlow and serious, square-jawed Huston (father of director John) never share the frame in this picture, but their combined star power keeps us riveted. Watch closely, too, for a pint-size Mickey Rooney playing Huston's young son. Made before the rigid standards of the Production Code went into effect, this lesser known gem merits a wider audience.

The Beatles: Eight Days a Week — The Touring Years