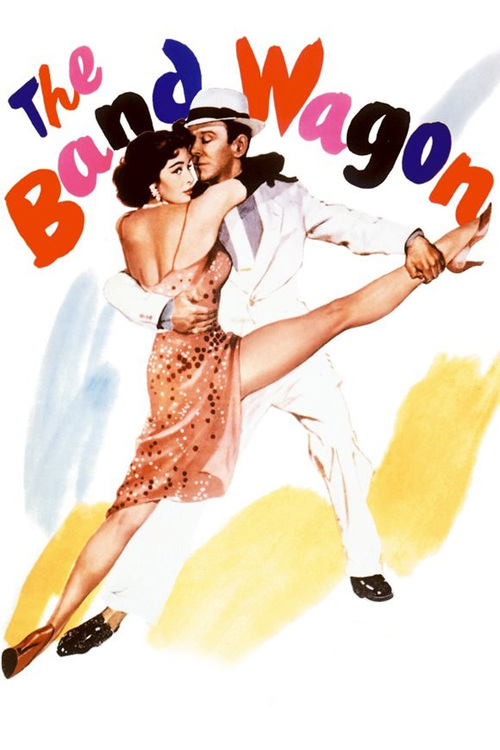 Astaire does a semi-autobiographical turn as Tony Hunter, a fading movie star who looks to the New York stage to revive his stalled career, and meets exquisite ballerina, Gabrielle (Charisse) in the process, along with a host of other colorful Broadway characters. While Tony and Gabrielle don't hit it off right away, they eventually dance together, which thaws relations.

This film has everything you would expect from an Astaire/ Minnelli collaboration — a first-rate score, color, inventive dance numbers, and overall lots of energy, style and class. Hunter's film career may be on the wane, but nothing in his dancing indicate why. The smoldering Charisse sets off more sparks than Ginger Rogers ever did, as the athletic, sensual Gabriella. And veteran English song-and-dance man Jack Buchanan is a hoot. Hop on "The Band Wagon"!