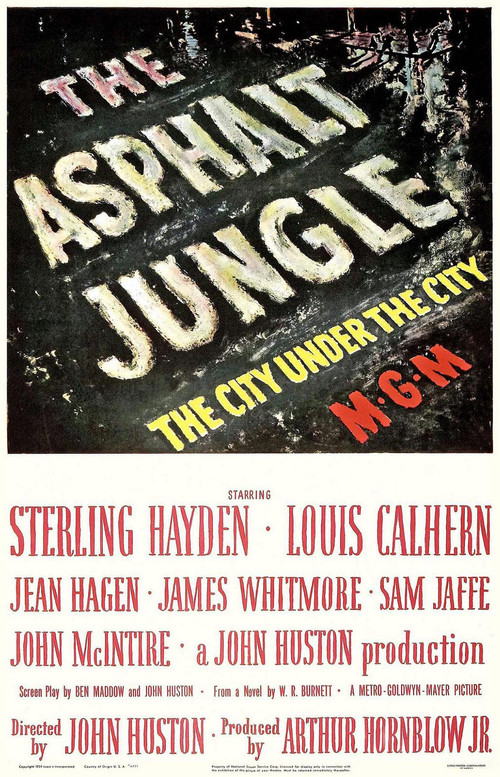 A vivid, painstaking chronicle of the planning, execution and aftermath of a daring jewel robbery, "Jungle" is first and foremost a superb mood and character piece. Suave Alonzo Emmerich (Calhern) is to all appearances a respectable married businessman, but in fact, he is both crooked and in urgent need of cash. Increasingly desperate, he helps mastermind a heist, drawing out the more skilled denizens of the city's criminal underbelly.

Legendary director John Huston delivers one of the finest heist pictures ever made filled with furtive underworld figures in a gritty urban atmosphere. The film's colorful cast all turn in memorable, compelling performances; in particular, Calhern, the Oscar-nominated Sam Jaffe, and a young Sterling Hayden. Huston deservedly received Oscar nods for both direction and script, along with Harold Rosson for his shadowy, evocative cinematography. (Trivia note: also look for an early Marilyn Monroe appearance as Calhern's child-like mistress.)