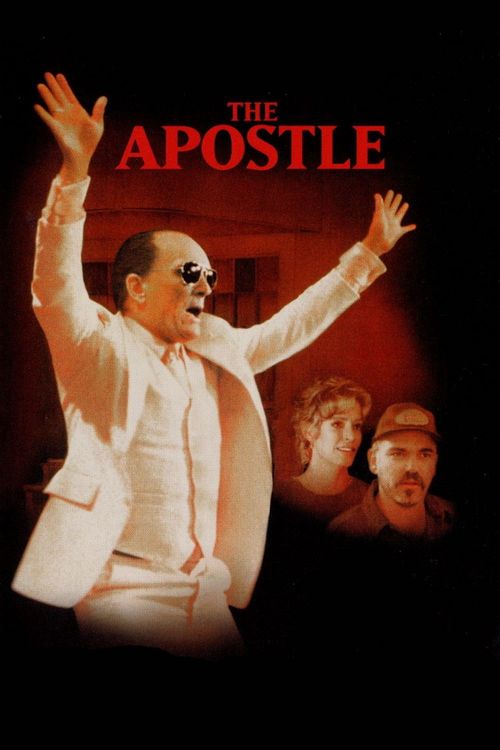 After discovering that his wife Jessie (Fawcett) is having an affair with younger minister Horace (Allen), devout Pentecostal preacher Sonny Dewey (Duvall), a father of two young children, loses his wits and attacks the man with a bat, sending him into a coma. Fleeing Texas, Sonny assumes a new identity in Louisiana, opens a church, and revitalizes the faith of mostly black locals with his spirited, inspirational sermons. But Sonny’s past sins aren’t so easily washed away.

Veteran Hollywood actor Robert Duvall wrote, directed, and starred in this stirring evangelical drama about faith, personal passion, and moral responsibility, a pet project he spent over a decade bringing to the big screen. Duvall is nothing less than sensational in an Oscar-nominated turn as Dewey, a pious, yet deeply conflicted man whose belief in salvation is never in question. Excellent performances by Fawcett, Miranda Richardson, and Billy Bob Thornton as a bayou racist tweak the picture, but Duvall throws himself into the marquee role heart and soul. “The Apostle” will make a believer out of you.