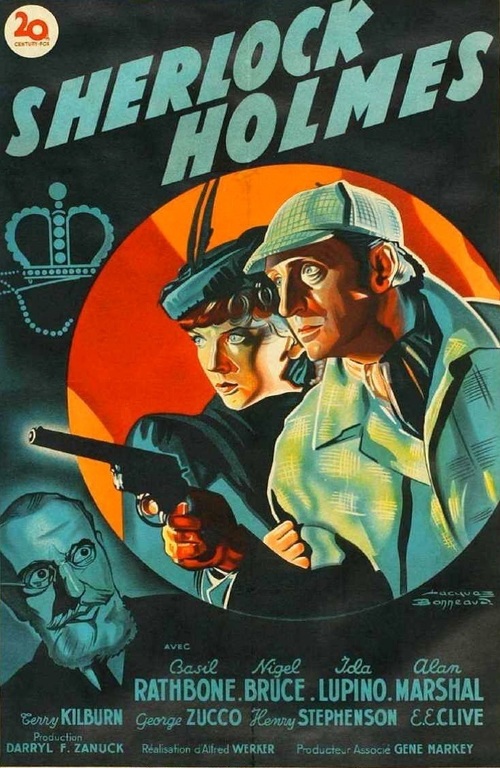 The Adventures of Sherlock Holmes

In his diabolical scheme to steal the Crown Jewels from the Tower of London, evil Professor Moriarty (Zucco) plots to distract his great nemesis, detective Sherlock Holmes (Rathbone), by arranging for the murder of a young man whose wealthy socialite sister, Ann (Lupino) he has been terrorizing with threatening letters. Will the plan work?

Based on a stage play and straying far from the Arthur Conan Doyle canon, Werker's "Holmes" nevertheless makes for thrilling entertainment, in no small part because it reunites Rathbone and co-star Nigel Bruce, playing the oafish Dr. Watson, from their first outing in "Hound of the Baskervilles." The young Lupino (who'd go on to direct movies) is radiant as a young beauty plagued by an ancient family curse — a ruse concocted, of course, by Zucco's deliciously malevolent Moriarty. It doesn't take a master logician to deduce that "Holmes" is a first-rate whodunit.

The Adventures of Werner Holt