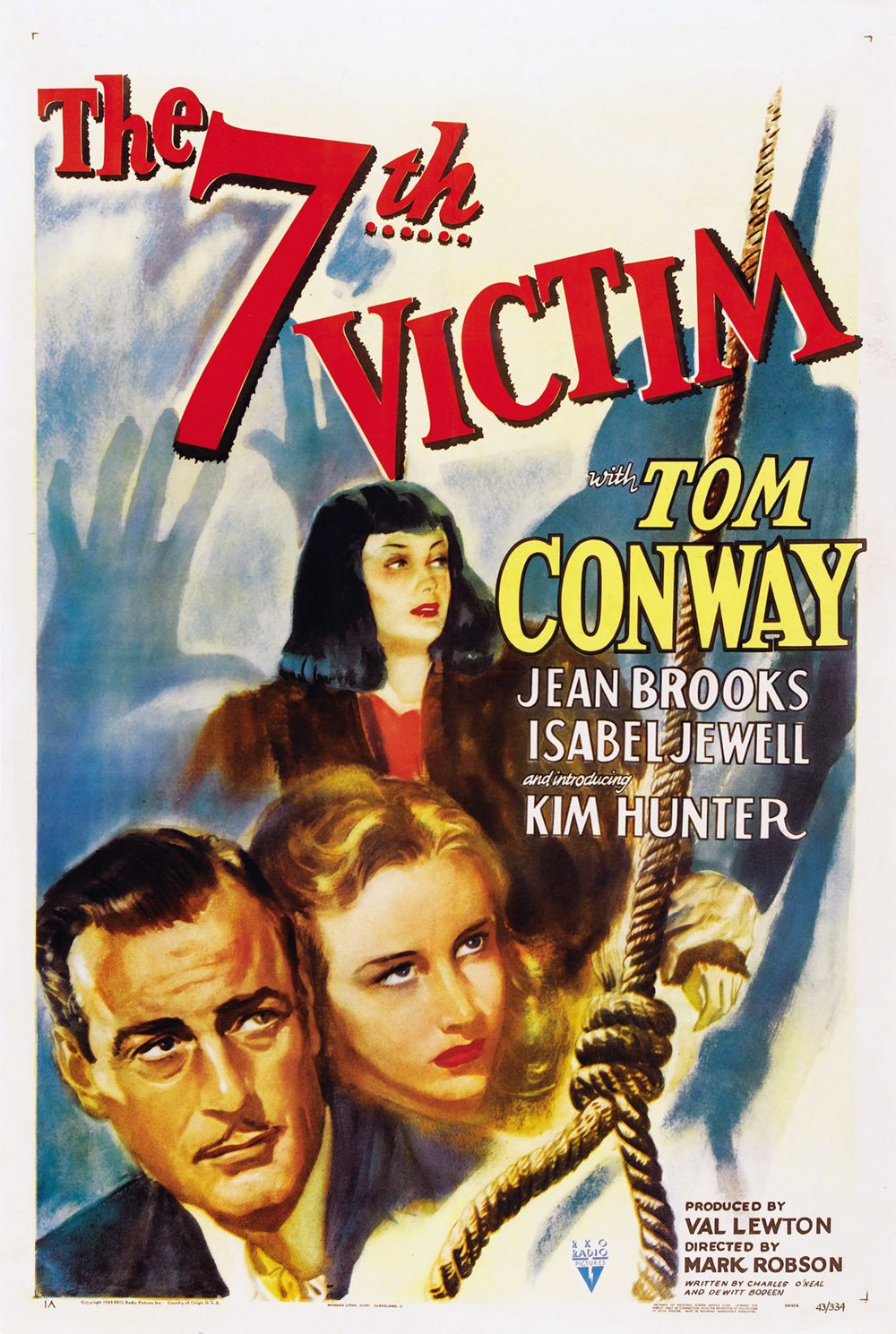 Schoolgirl Mary (Hunter) travels to New York City to search for her missing older sister Jacqueline (Brooks). She enlists the help of a private detective (Lubin) but he quickly meets his demise. Her ongoing investigation then leads her to enigmatic psychotherapist Dr. Judd (Conway), and her sister’s husband Gregory Ward (Beaumont). When she stumbles upon a Greenwich Village sect of devil worshippers, the plot thickens.

B movie producer Val Lewton and director Robson (“The Bridges at Toko-Ri”, “The Harder They Fall”) elevate this pulpy horror with literary references and a chiaroscuro mood, courtesy of expert cinematographer Nicholas Musuraca. A dense narrative benefits from the luminous performance of Hunter (in her film debut) and Conway, who basically reprises his character from “Cat People”. Shadows play a huge role, especially in an ominous shower scene that predates Hitchcock’s “Psycho”. Low budget, creepy and downbeat, modern day producers can learn a lot from the legendary Lewton- and his “Victim”.

The 7th Voyage of Sinbad