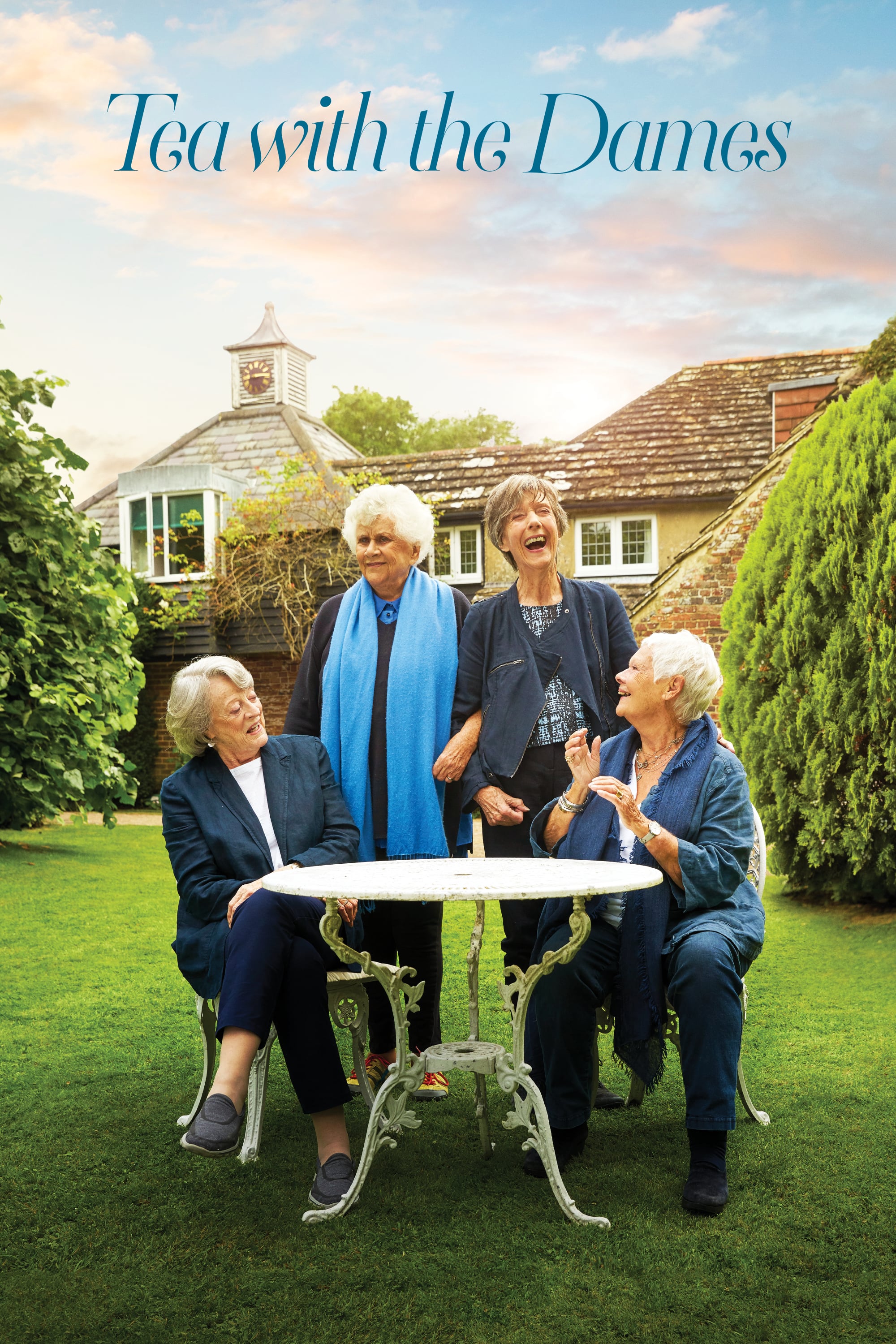 Tea with the Dames

Actresses Dench, Smith, Atkins, and Plowright all launched their stage careers in 1950s Britain, and became fast friends early on. All four would end up working with Sir Laurence Olivier in those years, and one would marry him (Plowright). An annual tradition began decades ago where all four ladies would meet at the Olivier country estate to laugh, gossip and reminisce. Now, with three of them well into their eighties and Plowright ninety, someone had the inspired idea to capture this special gathering on film. We can only thank them.

Roger Michell’s fascinating, utterly charming documentary lets us sit in on a delightful extended conversation among four close friends and colleagues who clearly have enormous affection and regard for each other, and a trove of delicious memories effortlessly rise to the surface as they drink tea, and later, champagne. All four women earned the designation of Dame Commander of the British Empire, due to their rich contributions to theater and film- hence the film’s title. If spending quality time with three witty, warm, clever ladies who’ve seen it all sounds appealing, by all means take “Tea” with these dames!