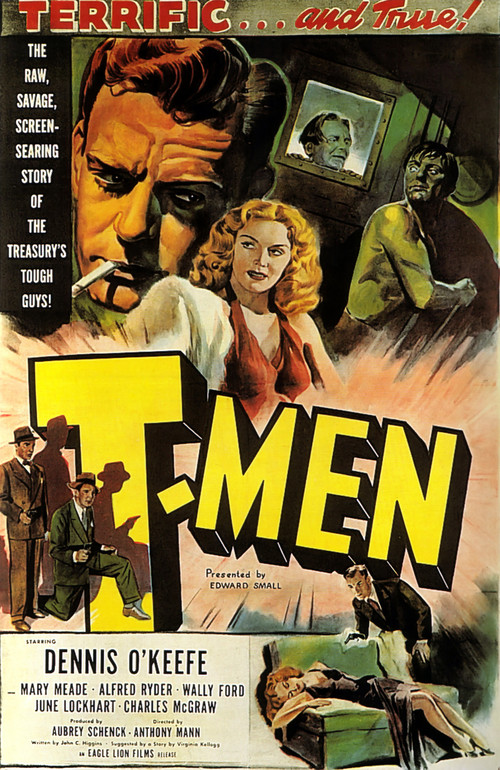 Posing as street criminals to infiltrate a Detroit counterfeiting ring, U.S. Treasury agents Dennis O'Brien (O'Keefe) and Tony Genaro (Ryder) risk their lives trying to gain the confidence of sleazy, in-the-know hood Schemer (Ford), so they can gain intelligence on his corrupt overlords. When Schemer is bumped off by fellow mobster Moxie (McGraw) on orders from above, one of the T-men could be next in line.

Filmed in pseudo-documentary fashion, this nail-biting underworld drama was a box-office smash in 1947 for fledgling director Anthony Mann, who immediately signed to MGM with now-legendary cinematographer John Alton. Exploring the grey area between sanctioned undercover work and out-of-control criminal behavior, "T-Men" plunges deep into the shadowy world of the thug's life, with a serpentine plot and gritty, lock-jawed performances from the B-movie cast. Aside from its rough-hewn realism, Mann's film is a triumph of stylish production design and Alton's brilliant chiaroscuro visuals. Capped by a steam-bath murder that will snatch your breath away, "T-Men" is a crackling tale of claustrophobic tension.