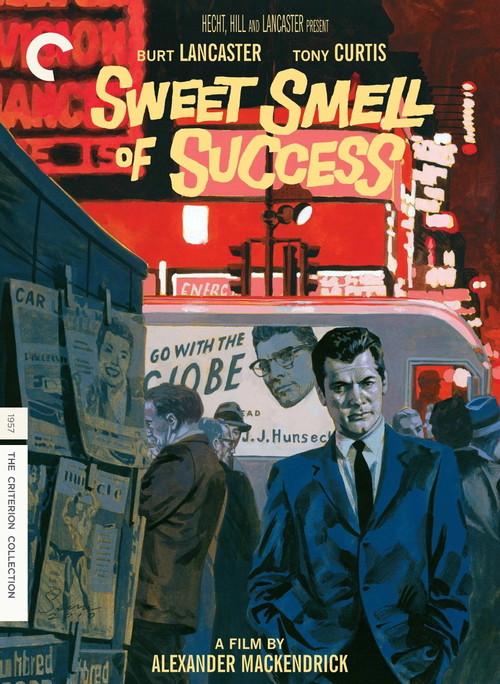 Desperate to promote one of his clients, slimy press flack Sidney Falco (Curtis) turns to the most powerful man he knows: acid-tongued gossip columnist J.J. Hunsecker (Lancaster), who can make or break anyone in New York. Falco gets what he needs from Hunsecker, but he is soon maneuvered to help ruin a mild-mannered jazz trumpeter (Milner) with eyes for the poison-pen scribe's younger sister (Harrison).

As MacKendrick turned from his comedic work at London's Ealing Studios to direct this noirish, all-American masterpiece about greed, ambition, and the perversity of power, he relied on the estimable playwright Clifford Odets and writer Ernest Lehman for their scripting talent. What resulted was one of the most cynical, caustic films ever made about the sleazy underbelly of Manhattan show business, featuring blistering performances from Lancaster and a young Curtis in his prime. "I love this dirty town," proclaims the Walter Winchell-esque Hunsecker, and you never once doubt him.