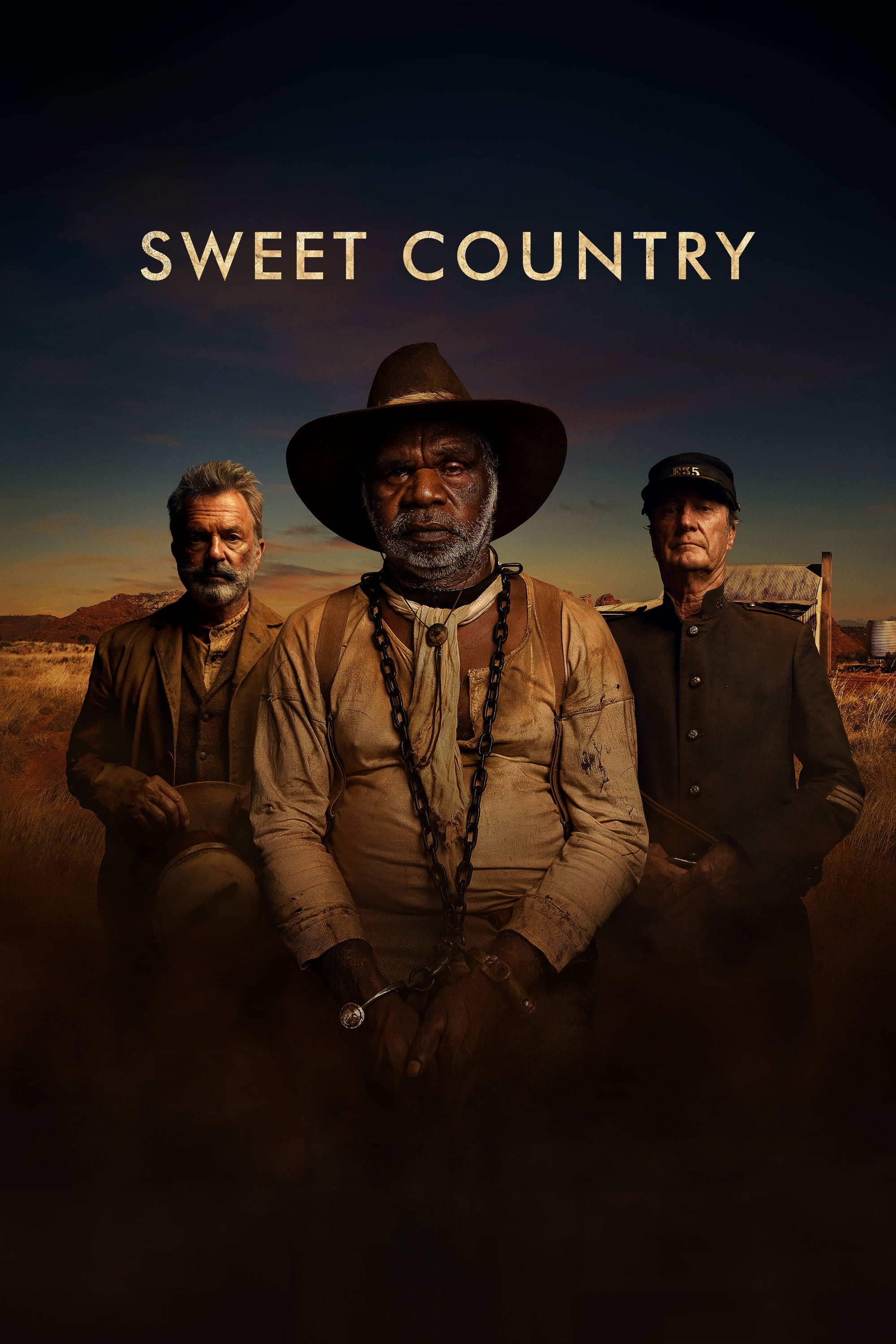 In the rugged Northern Territory of Australia in the 1920s, preacher Fred Smith (Neill) lives on a plot of land tended by aboriginal couple Sam (Morris) and Lizzie (Furber). When new neighbor Harry March (Leslie), an angry, war-scarred young man (and we soon learn, a virulent racist), appears and asks to borrow Sam and Lizzie for some work around his house, bowing to his Christian spirit the naïve Fred acquiesces, to his everlasting regret. It all leads to a murder (in self-defense), and Sam and Lizzie escaping into the Outback, tracked by tough-as-nails Sergeant Fletcher (Brown) and his posse.

Inspired by a true story, this spare, suspenseful modern Western really packs a wallop. Achieving an almost epic sweep, director Thornton stunningly evokes the remote, untamed, wide-open Australia of the period, while coaxing superb performances from his cast. Neill and Brown- veteran actors we all know- make the most of their respective roles, but the film is stolen by non-pros Morris and Furber. In particular, Morris’s sad, weathered, stoic face speaks volumes-and breaks your heart. The riveting “Sweet Country” is not an easy watch, but well worth the effort, as it reminds us what great film looks and feels like. “Sweet” indeed.