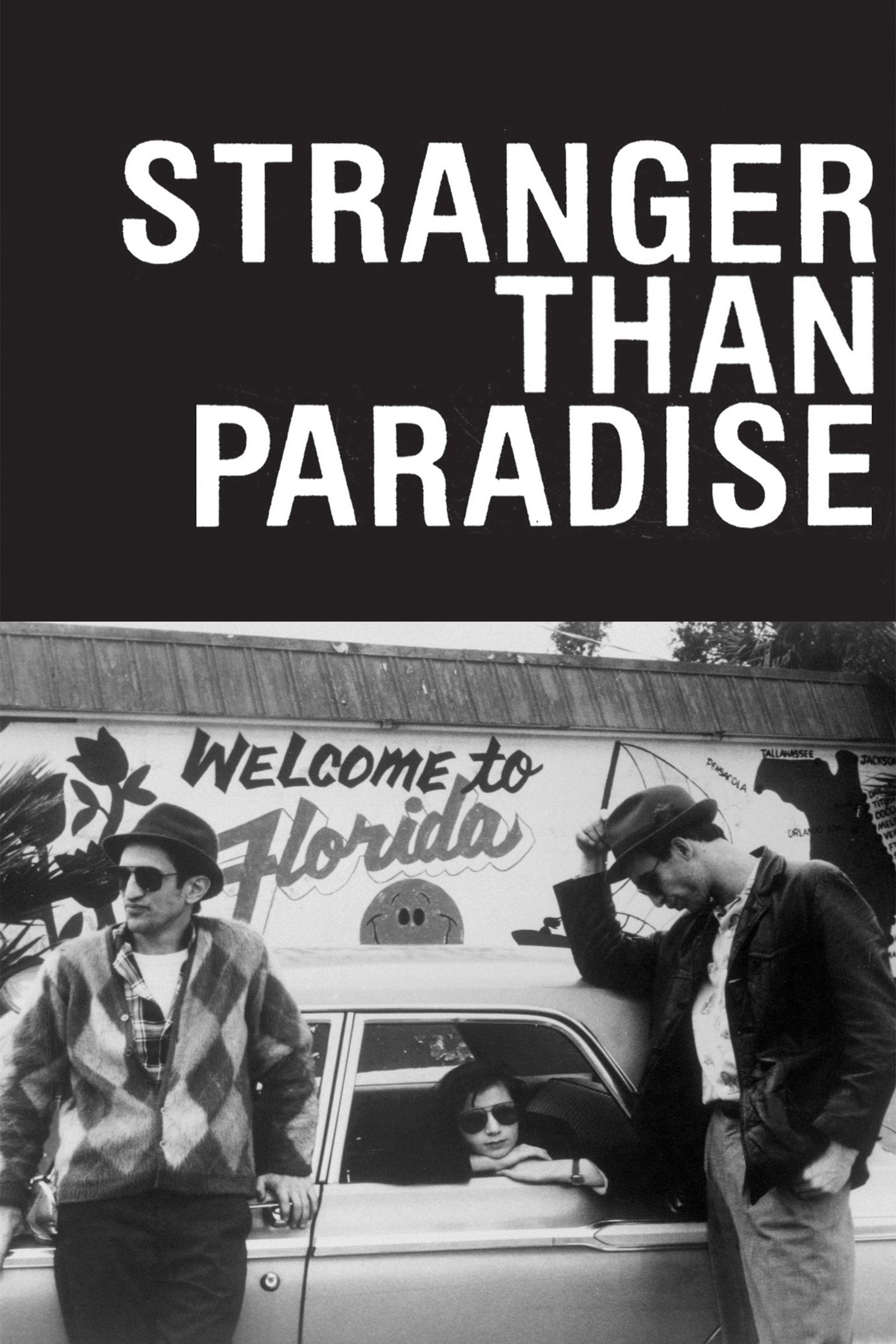 Willie (Lurie) is not exactly thrilled that his sixteen-year old cousin Eva (Balint) is coming to visit from Budapest, Hungary. She spends ten days hanging out with him and his friend Eddie (Edson) in his shabby New York City apartment before she leaves for Cleveland to live with their aunt Lotte (Stark). One year later, Willie and Eddie take a road trip to visit her. Unimpressed with the harsh Ohio winter, they all decide to drive down to sunny Florida, which they seem to view as a mystical paradise. There, they hang out in a shabby hotel room, betting on the races until their luck changes.

Jarmusch’s second feature is a triumph of minimalist style and deadpan comedy. A super low budget dictated long, master shots edited together with “fades to black” separating the scenes. The effect is an unhurried realism, with the style reflecting the laconic nature of the protagonists. The locations vary but are always seedy, depressing markers of mood. Cinematographer Tom DiCillo (who also has a funny cameo) keeps the camera static while the characters enter or leave the frame. Lurie and Edson play off one another like an old-fashioned comedy duo, with Balint the plainspoken Lamour to their Crosby and Hope. Winner of the Camera d’Or at Cannes, “Paradise” is one of the all-time great indie films made in this country.

Stranger by the Lake