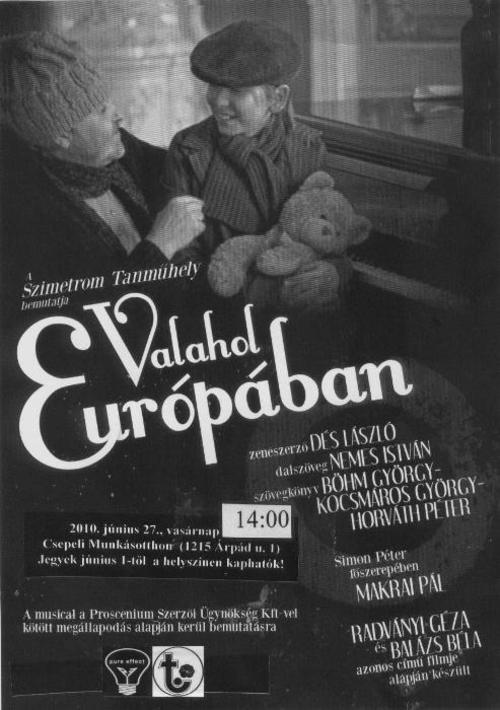 In 1945 Hungary, amid the wreckage of World War II, a group of wild orphans led by outcast Peter (Gabor) roams the countryside in search of food. Sought by state officials, the young mob finds refuge in an abandoned castle occupied by eccentric orchestra conductor Peter Simon (Somley), who teaches them the true meaning of freedom and solidarity.

Scripted by noted film scholar Bela Balazs, "Somewhere in Europe" is one of the strongest postwar films to emerge from Hungary, and speaks volumes about the dispiriting cruelties of modern society. Even as it celebrates the end of fascism, the film clearly advances a socialistic message, exemplified in the speeches of Old Man Simon. Ultimately, its raw and indelible portrait of lawless lost boys on the road to redemption elevate "Somewhere in Europe" to timeless cinema.