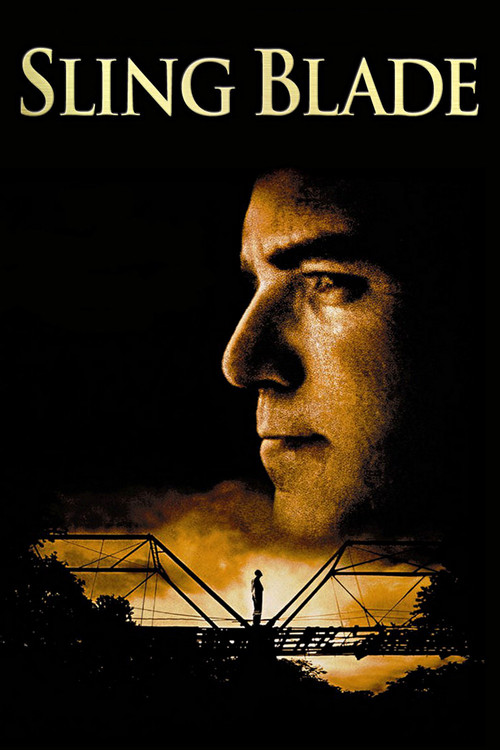 Released from an Alabama psychiatric institution 25 years after he murdered his mother and her lover, 37-year-old Karl Childers (Thornton) takes a job as a fix-it man in his old hometown. Despite his violent past, the mildly retarded Childers is a gentle soul who befriends a needy young boy, Frank (Black), and his widowed mother, Linda (Canerday), who offers to take him in. But Karl's delicate re-entry into society is disturbed by Linda's no-good boyfriend, Doyle (Yoakam), a cruel, abusive drunk who treats him with utter contempt.

Alternately haunting and sweetly affecting, "Sling Blade" is a beautifully accomplished debut by actor-director Billy Bob Thornton, who conceived, wrote, directed, and starred in this absorbing drama. (He won an Oscar for his original screenplay.) Thornton's cathartic, humane portrayal of Childers — a mild-mannered simpleton who quietly protects and cares for Frank and his mom but is haunted by the past — stirs our deepest sympathies. In a nuanced turn, the late John Ritter excels as Linda's gay friend Vaughan, but the real surprise is country singer Yoakam, whose hateful, hard-drinking Doyle guides the film's tragic final act.