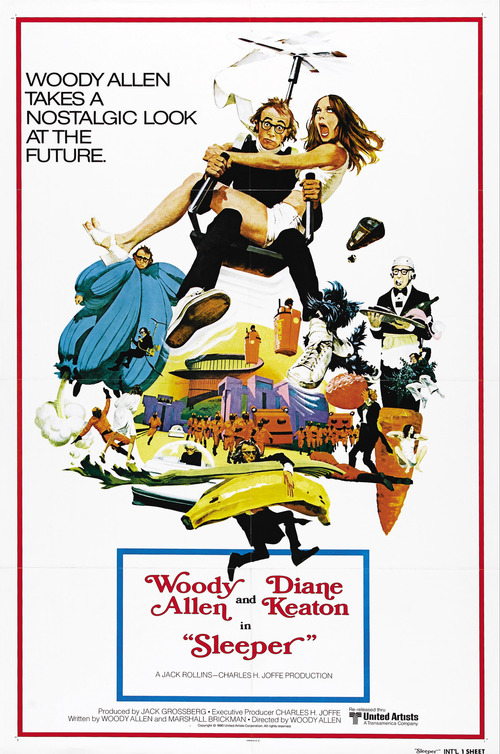 Greenwich Village store owner Miles Monroe (Allen) reluctantly enters the hospital in 1973, needing treatment for an ulcer. Cryogenically frozen by his surgeon when the procedure fails, Miles reawakens in a bleak future world ruled by an unseen Orwellian Leader. Forced to disguise himself as an android to evade police, Miles eventually teams up with Pollyanna-ish greeting-card writer Luna Schlosser (Keaton) and joins the underground resistance.

An absurdist parody of sci-fi movies, Allen's "Sleeper" deftly mixes witty one-liners and nutty sight gags to lampoon the absurdities of contemporary society. Allen reaches Buster Keaton-esque comedic greatness here – battling a giant pudding, surviving an Orgasmatron, morphing into Blanche Dubois – and has a naturally funny, gentle rapport with Keaton, the perfect foil. With Allen's own Dixieland score providing a manic tempo for all the pratfalls and arch social commentary, "Sleeper" is one of the writer-director's looniest and most hilarious efforts.