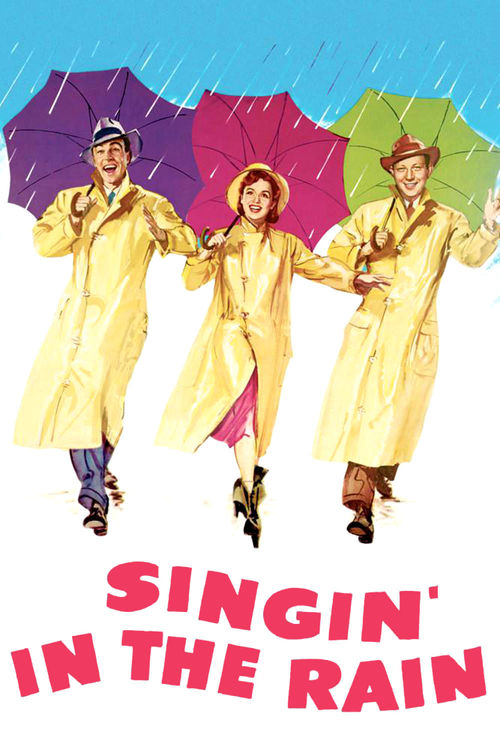 Singin' in the Rain

This infectious, evergreen musical is a tribute to — and satire of — the late 1920s, when Hollywood transitioned from silent films to talkies. Kelly plays Don Lockwood, a star with a future who meets talented unknown Kathy Selden (Reynolds), and besotted, schemes to advance her prospects. But first he must derail the career of cloying past co-star Lina Lamont (Hagen), a shrill femme fatale from hell. Along for the ride is Cosmo (O'Connor), Don's eternally loyal, energetic pal. Will they manage to make Kathy a star?

It's impossible to resist what is likely the best film musical of all time. The period music is delightful (with most of the lyrics written back in the day by the film's producer, Arthur Freed), and the dancing routines are sensational, with O'Connor's "Make 'Em Laugh" number one for the record books. Thanks to a golden Comden & Green script, this is also among the funniest musicals ever, especially with Hagen's side-splitting performance as Lina. "Rain" is required viewing for anyone over the age of six... it's pure joy, from start to finish!