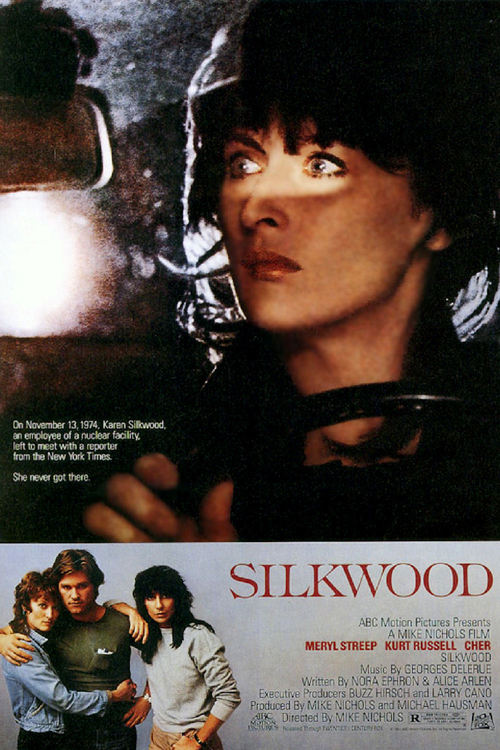 On her way to meet a journalist in November, 1974, Karen Silkwood (Streep) — a plutonium-plant employee outraged at her management's disregard for safety procedures, and the resulting risk of radioactive contamination — vanished, never to be seen again. In this film, we follow Karen's attempts to obtain proof that her company is engineering a cover-up, despite threats, intimidation, and the disastrous effect it has on her relationship with boyfriend Drew (Russell).

Director Nichols brings a chilling true story to life with this suspenseful, engrossing expo. Streep's nuanced portrayal shows an ordinary woman who, through fate, circumstance, and a streak of raw defiance, risks her life to attempt something extraordinary. Russell executes one of his more interesting roles as Karen's beau, and the talented Cher sheds all her glamour to play Karen's lesbian friend Dolly. Director Nichols builds a gradual sense of dread, culminating in a nerve-jangling conclusion. Don't miss this disturbing cautionary tale.