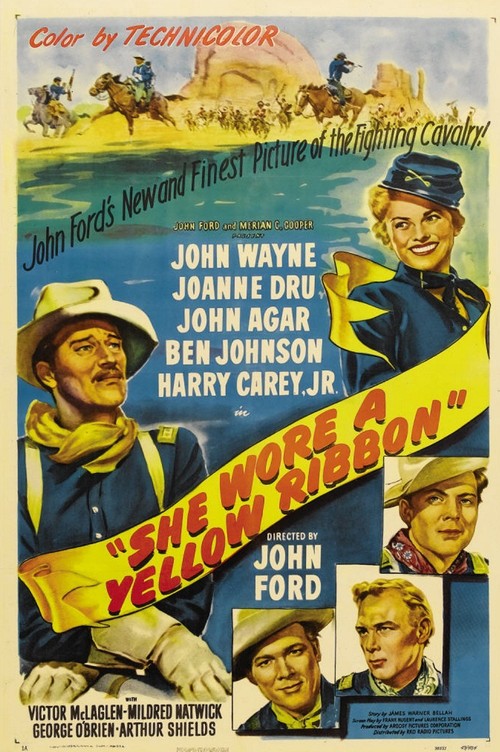 She Wore a Yellow Ribbon

In this second of John Ford's "Cavalry Trilogy," Wayne ages considerably to play Captain Nathan Brittles, a career frontier officer facing imminent retirement: a prospect that fills him with dread, as his only family is the army. However, one last mission confronts him. An Indian uprising is brewing, and with a small team, Brittles must escort his superior's wife (Natwick) and niece (Dru) out of harm's way.

"Ribbon" still shines, thanks to an emotionally layered performance from Wayne, combined with Victor McLaglen's divine comic relief as a tippling top Sergeant — not to mention color cinematography that virtually turns Monument Valley into an animated Remington painting (netting lensman Winston Hoch an Oscar). A young Ben Johnson also stands out as Sergeant Tyree, a brave soldier very much in the Brittles mold.