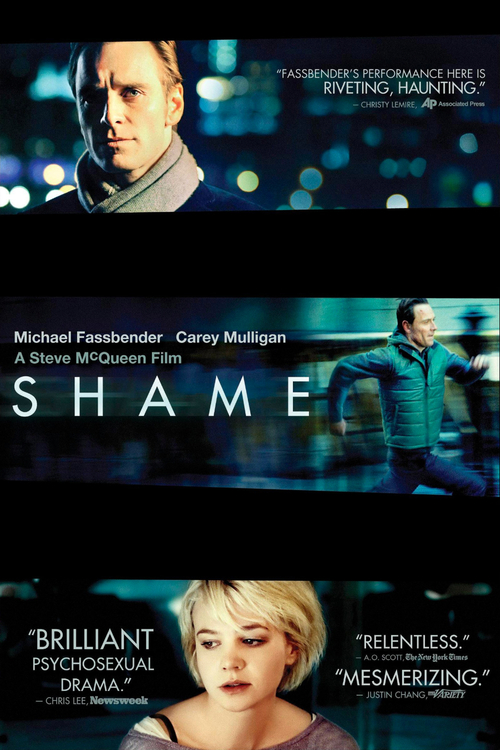 Brandon (Fassbender) is a handsome business professional who seems to have it all, but who is privately in the grip of a relentless preoccupation with anonymous sex. He’ll take it any way he can get it, and though he gets lots of it, Brandon’s encounters are fueled by anger and frustration rather than intimacy and affection. Out of the blue, his estranged younger sister Sissy (Mulligan) moves in uninvited, exposing her own emotional issues as she desperately reaches out to her hostile brother. Though her presence impinges on Brandon’s secret life, he makes no effort to adjust his dangerously self-destructive behavior. Where will it all end for these two lost souls?

Uncompromising in its bleak depiction of a sex addict, this searing film shows how this addiction can be just as corrosive as a dependence on drugs or alcohol. Given its gritty subject matter, “Shame” is not a pretty picture, but the tale feels wholly credible and packs a considerable wallop. British director McQueen co-wrote the nuanced, perceptive script, and leads Fassbender and Mulligan are both astonishing in extremely demanding roles. Though overlooked at the Oscars, “Shame” was nominated for a slew of other important film awards, winning several. Assuming you’re not put off by graphic sex and male frontal nudity, it’d be a shame to miss it.