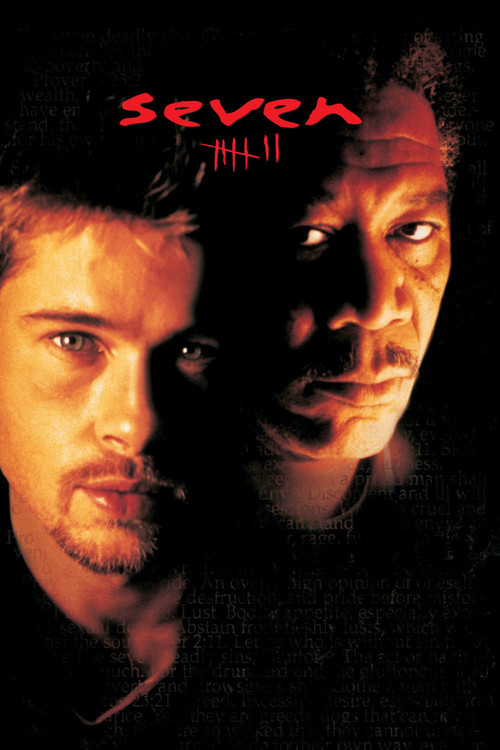 A week before his retirement from the homicide division in an urban police department, world-weary Detective William Somerset (Freeman) finds himself on the tail of an ingenious serial killer whose grisly murders are inspired by the seven deadly sins. Adding to his stress is cocksure newbie David Mills (Pitt), who’s joined the unit as Somerset’s replacement after persuading his reluctant young wife (Paltrow) to move back to the city. At first, neither lawman realizes how madly brilliant the sermonizing psycho is, nor how much pursuing this case to the end, will ultimately cost them.

Crackling with suspense and an almost unbearably persistent tension, Fincher’s “Seven” plunges us into the murky underside of a nightmarish, rainy, unnamed city, where two detectives at opposite ends of their respective careers are drawn into the darkest corners of their own consciousness. Pitt and Freeman, representing modes of innocence and experience, arrogance and wisdom, are perfectly matched, and Fincher’s neo-noir style further builds the film’s psychological intensity. Edgy, bleak, and unforgettable, “Seven” ranks with “Silence of the Lambs” as one of the most harrowing police movies of the ‘90s.