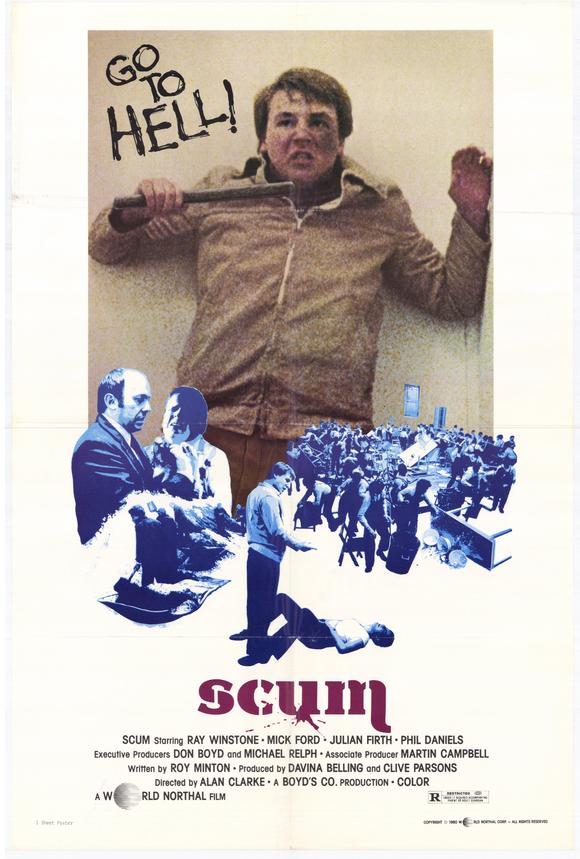 Sent to a repressive reform school after assaulting a staffer at his previous borstal, hardened teen Carlin (Winstone) endures brutal mistreatment at the hands of staffers and his fellow inmates, culminating in a vicious midnight beating. But they're messing with the wrong lad. Soon enough, Carlin will turn all the violence back on his captors and the fellow prisoners who wronged him, becoming the unquestioned master of all he surveys.

Banned in Britain for its bleakness and sexual violence, Clarke's uncompromising "Scum" portrays Britain's borstal system as a dysfunctional system of unchecked cruelty and aggression. The superb young Winstone is by turns sympathetic and menacing as Carlin, who scales his way up the hierarchy of youthful offenders, muscling out rivals and thumbing his nose at the callous, sadistic administrators. Mick Ford is also excellent as a bushy-haired, slightly older inmate whose cocky attitude infuriates the school's righteous Governor (Peter Howell). "Scum," a film which actually helped inspire much needed reforms, is sure to resonate with fans of gritty '70s drama.