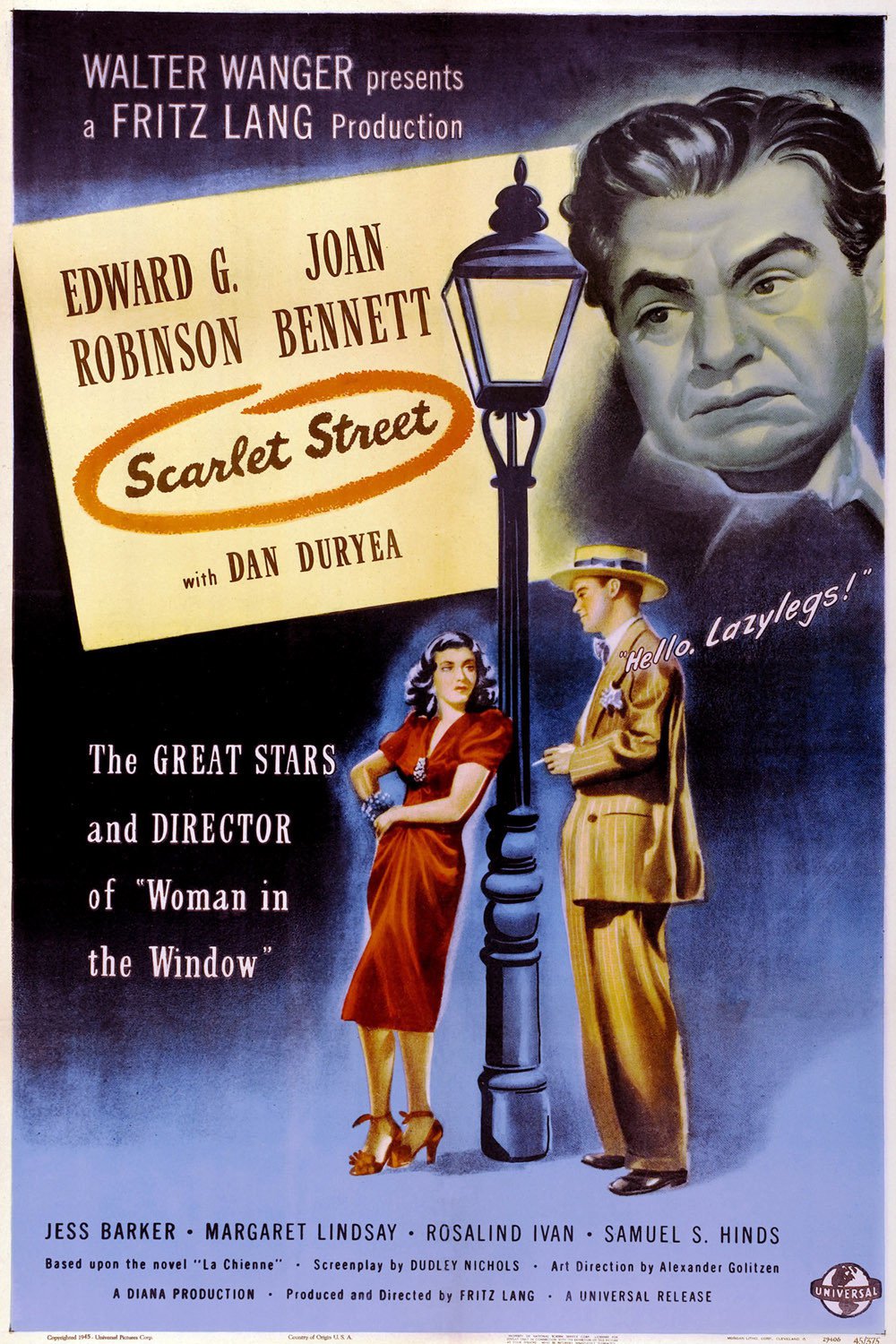 Mild-mannered, middle-aged cashier Christopher Cross (Robinson) dabbles in amateur painting to escape his humdrum life and nagging wife. Late one night he rescues a young woman named Kitty (Bennett) from a mugger, not realizing that he is actually her pimp boyfriend Johnny (Duryea). Chris falls hard for the beauty, and sets her up in an apartment. But when he finally learns that Kitty and Johnny are a pair and out to fleece him, Chris turns out to be not so meek after all.

This remake of Jean Renoir’s 1931 “La Chienne” is said to be Lang’s favorite among his Hollywood era films. The themes of moral turpitude and brazen sexuality proved too much for censors of the day, and the film endured bans in several localities. All three leads work beautifully together, having collaborated with Lang the year before in “The Woman in the Window”. Robinson skillfully subverts his tough guy image as the pathetic Chris, while Bennett is cheap, evil beauty personified. Meanwhile, Duryea nearly steals the picture as brutal chiseler Johnny. If you’re up for a haunting, atmospheric noir thriller, stroll down this “Street”.

Scene of the Crime