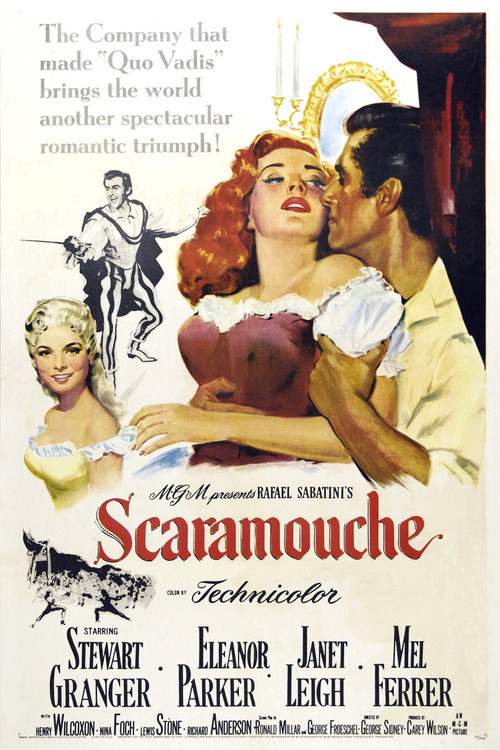 In this riveting swashbuckler set just before the French revolution, Granger plays a man intent on avenging the murder of his close friend by an arrogant French noble (Ferrer). Knowing nothing of fencing, he seeks tutelage from a master rapier and adopts the persona of Scaramouche, a stage clown, while pursuing an alluring actress (Parker) in the same troupe.

"Scaramouche" has enough action, romance and color to fill ten movies, and is justly famous for featuring the longest sword duel on film, which takes place in an abandoned theater. Director George Sidney created one of the great romantic adventures at a time when the swords-and-lords genre had slipped out of favor; Sidney even honored Lewis Stone, star of the silent original, with a bit part. This is a movie that never lets up, or lets you down.