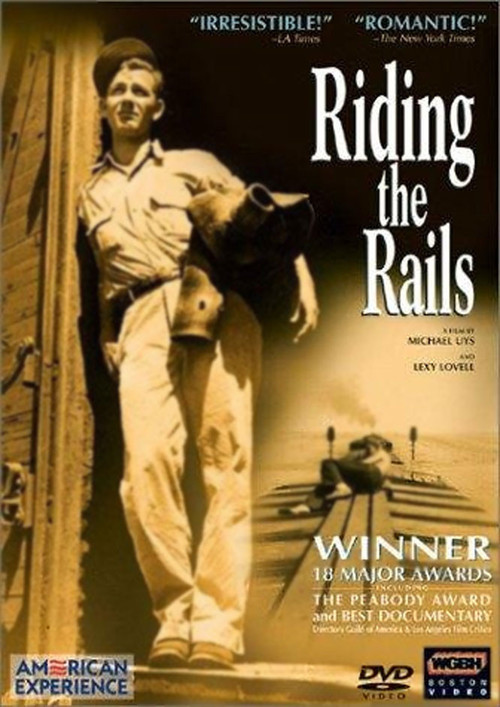 Winner of the prestigious Peabody Award, "Riding the Rails" features reminiscences of older people who, as teenagers, were forced to leave home during the Great Depression and ride freight trains in search of work.

Featuring archival footage of the period and a folk song score from Woody Guthrie (and other balladeers of the time), the film’s most memorable sequences are the interviews with the elderly, respectable folks who eked out existences as young hoboes during the Depression, but still recall the sheer romance and adventure of hopping those freights. A heartwarming glimpse into a defining moment for our country, and how a hearty generation adapted.