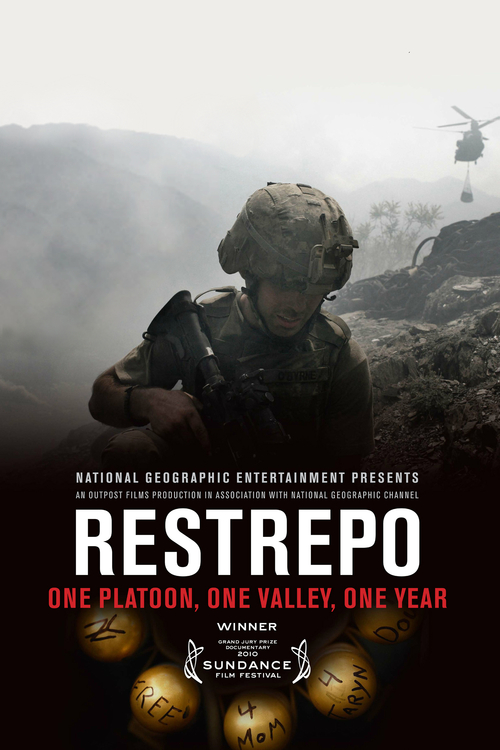 The Korangal Valley in Afghanistan has been described by some as the most dangerous place in the world. Filmmakers Hetherington and Junger decided to spend a year there, fully embedded with a recently deployed company of soldiers at a crucial point in the war. They track the establishment of Camp Restrepo (so named after a particularly beloved member of the unit) in a deadly patch of land. We follow the filmmakers as they learn how this outpost helps turn the tide of battle, even as the overall goals of the war, and their enemy, remain elusive and vague to the young soldiers.

From the very first shot of Restrepo, in which a humvee hits an IED while on patrol, you find yourself fully immersed in the world of Battle Company. By the film's end, you'll be surprised that the filmmakers themselves didn't end up casualties of war, so fully do they put themselves into the thick of conflict. Many documentaries purport to show the realities of living through war, but "Restrepo" hits the bullseye as few other entries have. It succeeds brilliantly in balancing the chaos and naked fear of combat with the suffocating boredom of being stuck in a remote outpost when the guns stop firing. Also, to its great credit, the film never shies away from exposing the intense, bewildering rush of emotions that come in the wake of each tragic loss the troops experience. It's little wonder "Restrepo" was awarded the Grand Jury Prize for Documentary at the 2010 Sundance Film Festival. This feature will haunt your dreams.