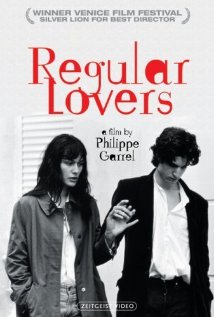 In the heady days of May '68 in Paris, 20-year-old poet Francois (Garrel) flees the riot cops on the Night of the Barricades and holes up at the flat of opium-smoking bohemian Antoine (Lucas), who houses young artists, druggies, and hangers-on. There, Francois meets free-spirited sculptor Lilie (Hesme), and falls deeply in love. But as the nature of the revolution changes, so does their idealistic and blissful romance.

This hypnotic, visually ravishing homage to the spirit of '68 is an autobiographical tour de force by critically acclaimed French filmmaker Philippe Garrel, who cast his own son as Francois, modeled after his youthful self. Instead of memorializing or sentimentalizing the time, Garrel re-creates the mood of rebellion and youthful vigor in the first half and then allows the story — like the radical political movement itself — to drift into dissolution and disappointment. Garrel's son Louis is superb as the cerebral, easygoing Francois, and Hesme refreshingly pure as the object of his love and esteem. Beautifully filmed in rich black and white, "Lovers" is a uniquely personal film, a love poem to a utopian moment destined to pass.