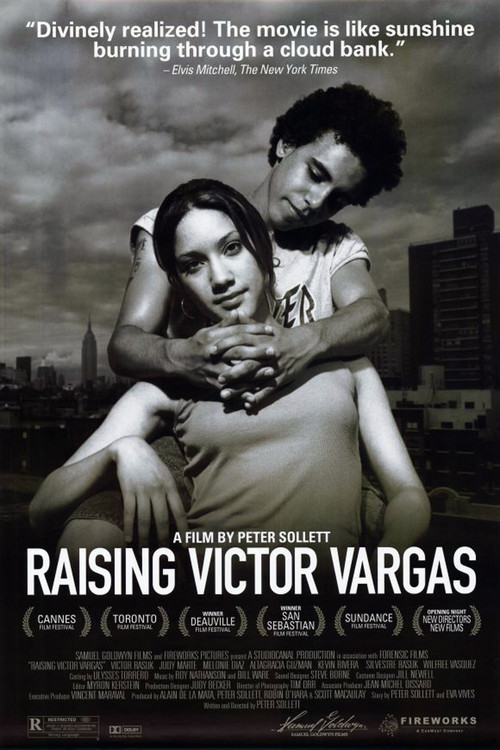 On Manhattan’s Lower East Side, an upright, god-fearing Dominican lady (Guzman) struggles to bring up her three grandchildren. The eldest, sixteen year old Victor (Victor Rasuk), is her biggest worry. A self-styled ladies’ man, the inexperienced Victor sets his cap for “Juicy Judy” Gonzalez (Marte), a local beauty who seems way beyond him in worldliness. As Victor enters into the pitfalls and raptures of first love, Grandma imagines Victor indulging in a world of sin, which threatens to corrupt his younger brother Nino (Silvestre Rasuk), the apple of her eye. Will Victor manage to steer this tricky course so that he gets the girl, while keeping his fiery Grandma under control?

This winning coming-of-age romance disarms the viewer with its authenticity and depth of feeling. Director Sollett coaxes incredibly natural performances from his young cast of unknowns, and builds a story that avoids the usual grim stereotypes about urban ethnic life. Though somewhat misguided, we know Grandma’s heart is in the right place; amidst all the conflicts that arise, an undercurrent of love remains. Both Rasuk and Marte do fabulous work, and their budding romance is believably and touchingly rendered. A wonderfully wise and human film.