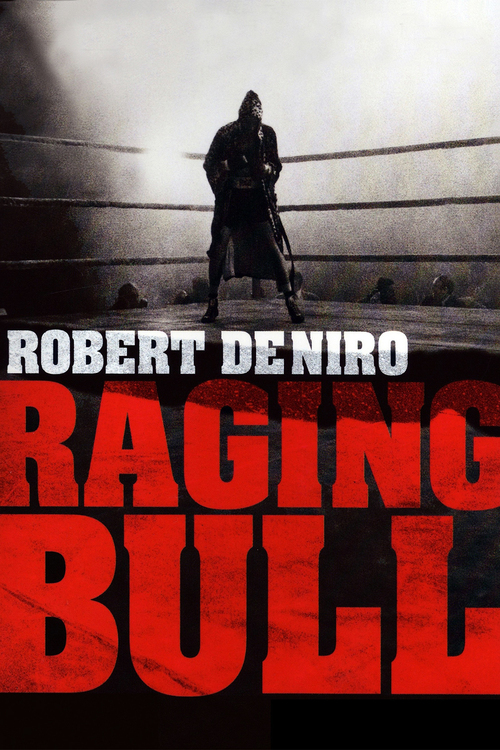 In 1941, real-life boxer Jake LaMotta (De Niro) spurns the mob, who want a piece of him, in his quest for the middleweight title. With the help of Joey (Pesci), his brother and manager, Jake wins the championship belt, then loses it to Sugar Ray Robinson. As his career spirals downward, Jake bloats up and physically abuses Joey and his own teenage wife Vicky (Moriarty). Alienated from everyone and wrestling with emotional demons, the relentlessly self-destructive Jake searches for some semblance of inner peace.

Based on LaMotta's memoirs and filmed in gorgeous black-and-white, Martin Scorsese's gritty, no-holds-barred drama (possibly his greatest) tackles the familiar theme of redemption with blunt force. Oscar winner De Niro, who famously packed on 50 pounds to do the "fat" scenes, is riveting as the brutish Jake, whose primary talent lies in the amount of punishment he can take in the ring. The fight sequences — raw, sweaty, and savage — are bravura pieces of filmmaking. "Raging Bull" may be hard for some viewers to sit through, but Scorsese ultimately leads his protagonist, and us, to a state of grace.

Raiders of the Lost Ark