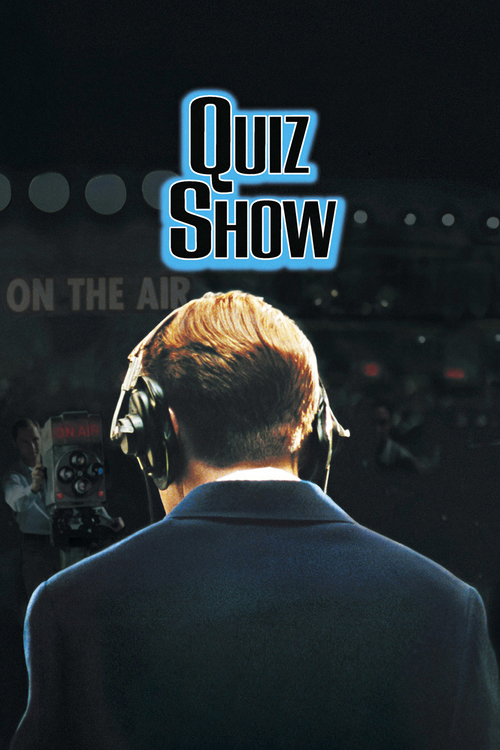 In the mid 1950s, working-class Jew Herb Stempel (Turturro) is the reigning champion of a popular TV quiz show called "Twenty One," and it appears no one can beat him. Thinking the public's grown bored with Stempel, the show's producers try to persuade him to leave, then hatch a scheme to stack the odds towards Stempel's latest challenger, the cultured, telegenic Charles Van Doren (Fiennes).

Tackling the quiz-show scandals that rocked the days of early television, Robert Redford's intelligent, absorbing drama digs into the murky ethics of mass-media entertainment. Turturro and Fiennes are both excellent, playing antagonists whose ethnicity is as much a concern to image-conscious programmers as their smarts. Paul Scofield won an Oscar for his turn as Van Doren's patrician father, while Rob Morrow is memorable as a Boston attorney who helps Turturro blow the whistle. "Quiz Show" remains one of cinema's best meditations on our tricky dealings with the almighty tube.