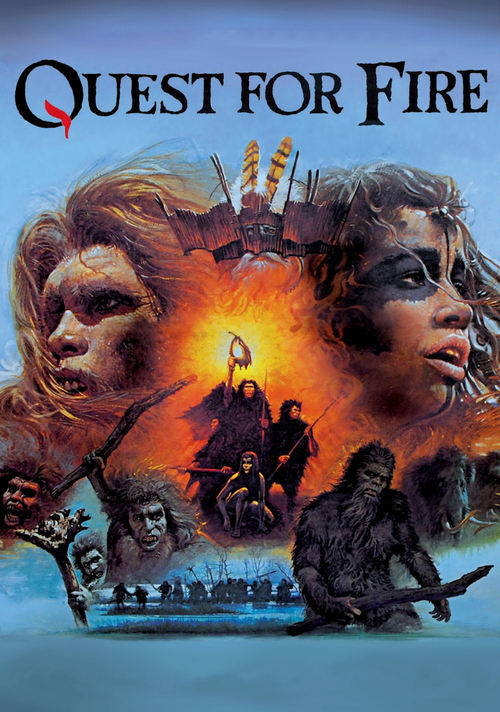 Circa 80,000 B.C., a primitive clan of proto-humans called the Ulams send Naoh (McGill), Amoukar (Perlman), and Gaw (El-Kadi) to find natural fire after their only source is extinguished. Trekking across the prehistoric landscape, the searchers encounter a tribe of vicious cannibals who know how to start fire with flint and sticks. Emboldened, they rescue young victim-to-be Ika (Chong), hoping she will reveal the secret.

Adapted from a novel by J.H. Rosny Sr., "Quest" is a credible and riveting what-if look at the life ways of early humans. Intent on verisimilitude, the producers enlisted novelist Anthony Burgess to create a primitive language spoken by the actors, while zoologist Desmond Morris (author of "The Naked Ape") was asked to choreograph their body movements. Depicted by Annaud as aggressive and carnal, the Ulams also come across with a certain poignancy, as curious creatures amazed and delighted by the appearance of a flame. Shot at remote locations in Scotland, Kenya, Iceland, and Canada, "Quest" is not a glorified National Geographic re-enactment — it's a compelling drama about fear and survival at the dawn of man.