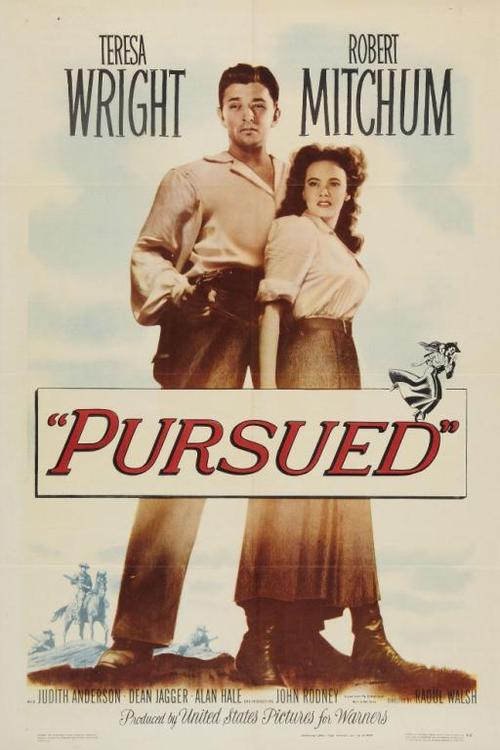 Hounded by a posse of horsemen to a remote hideaway, Jeb Rand (Mitchum) and his adoptive sister Thorley Callum (Wright) puzzle over why he's been chased his entire life by mysterious assailants. As a boy, Jeb was sent to live with "Ma" Callum (Anderson) after his entire family was slaughtered, but all he remembers of the incident are the flashing spurs of the murderer, a vision that's continued to haunt him as an adult.

A unique hybrid of film noir and western, Walsh's masterful "Pursued" boasts one of the darkest scenarios in Hollywood history (thanks to scriptwriter Niven Busch), as it portrays a man victimized by forces he doesn't understand. Walsh, normally a director of action features, handles the ominous mood and Freudian psychological elements with unerring calculation, wrenching a dynamic, tour-de-force performance from Mitchum. With James Wong Howe's lustrous black-and-white cinematography, and high-caliber support from Wright, Anderson, and a sinister Dean Jagger, "Pursued" is one of Walsh's best, and certainly worth hunting down.