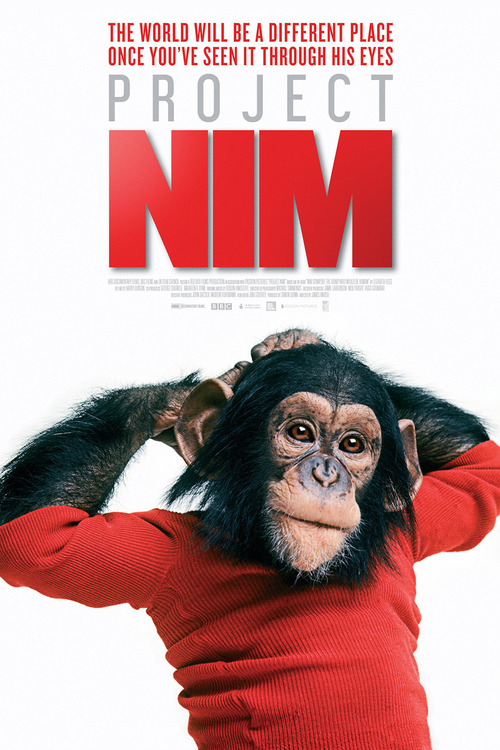 Will we ever be able to talk to animals? And if we could, what would they say to us? Back in the 1970s, Columbia University professor Herbert Terrace tried to find out by embedding a baby chimp in a New York household and raising him as a child. As Nim Chimpsky (named after the linguist Noam Chomsky) grows bigger and more aggressive, he is cared for by a revolving door of Terrace's students. Nim does indeed learn sign language, but he also gets a cruel education in human nature as he is passed from place to place in the name of science.

Filmmaker Marsh, who reached Academy Award heights with "Man on Wire" (2008), doesn't disappoint with his follow-up slice of cinema verite. This "Project" is an engrossing, ultimately tragic portrait of an intelligent animal at the whim of supposedly intelligent men and women. Using intimate archival footage of Nim (cleverly intercut with some well-shot dramatizations) and candid, contemporary interviews with Nim's parents, Marsh illuminates and reinvigorates the nature vs. nurture argument. Perhaps chimps will never really be able to talk to us, but they can certainly communicate betrayal and heartbreak. The Oscars overlooked this one, but you shouldn't.