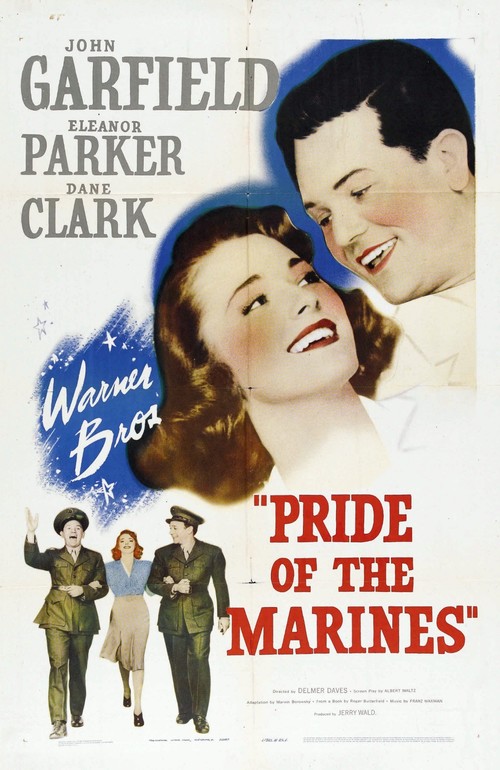 Pride of the Marines

On the eve of America's entry into World War II, Al Schmid (Garfield) is a fun-loving Philadelphia welder in love with a sardonic beauty named Ruth (Parker). But after the Japanese attack on Pearl Harbor, Al enlists in the U.S. Marines, and everything changes. His unit plays a pivotal role in the Battle of Guadalcanal, and he heroically holds the line during a late-night offensive, losing his eyesight in the process. Returning home, he avoids friends and even keeps Ruth at bay, crushed by his disability. Now a decorated war veteran, Al discovers that his greatest battle is ahead of him — the fight for his will to live.

This biopic of a real-life Marine hero provides a harrowing portrait of the impact of war on wounded veterans. Once blinded, Al feels like less than a man, and starts drowning in bitterness, isolation, and self-pity. Garfield is heartbreaking in one of his best performances, aided by a moving Oscar-nominated screenplay by Albert Maltz. A memorable, unflinching battle sequence crafted by director Daves skillfully evokes the horrors of combat. Don't miss this vintage, sadly overlooked war picture.