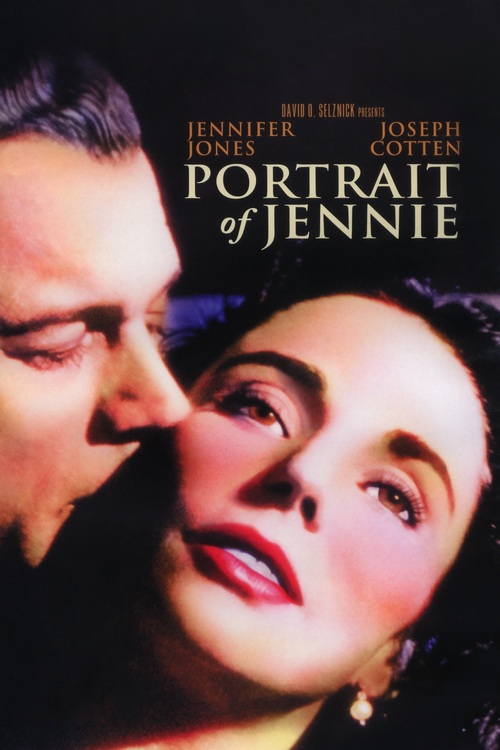 Down-on-his-luck painter Eben Adams (Cotten), bereft of inspiration, meets a fey young girl named Jennie (Jones) in Central Park, and gradually she becomes his muse, helping him get painting commissions from sympathetic art dealer Miss Spinney (Barrymore). But Jennie herself is a strangely ethereal, elusive creature, speaking of New York landmarks long gone, and appearing to age from young girl to womanhood in just a few meetings with Eben. As the painter's fascination with Jennie grows, we have to wonder: is the painter falling in love with a phantom?

Produced by the fabled David O. Selznick, "Jennie" remains one of the screens few romantic ghost stories; "The Ghost and Mrs. Muir" being another worthy entry. Still, while "Ghost" is a purely witty concoction, "Jennie" is decidedly darker and more mysterious. Director Dieterle creates a smoky, other-worldly atmosphere in this utterly unique entry that keeps the viewer slightly on-edge. There is indeed something very sad about Jennie, and Eben too: they seem like two lost lovers who, by the arbitrary whims of time and fate, just miss connecting. Don't let "Jennie" pass you by.

Portrait of a Lady on Fire