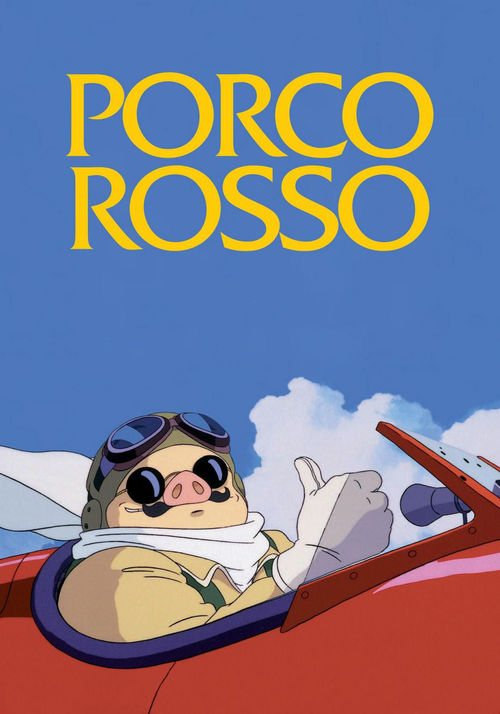 Mysteriously transformed into a pig after witnessing the deaths of his entire squadron in World War I, ace pilot Porco Rosso (Keaton) lives on a remote island retreat and makes his living protecting cruise ships from sky bandits swooping in over the Adriatic Sea. When an American rival dashes his bi-plane in a dogfight, Rosso engages an Italian mechanic named Piccolo (Elwes) and his spunky granddaughter Fio (Williams) to repair his flying machine and help ready him for battle.

Fun, fanciful, and nothing short of spectacular on a visual level, Miyazaki's adventurous "Porco Rosso" is like a mid-century cartoon strip animated by Warner Brothers in the 1940s. As voiced by Michael Keaton, Cary Elwes, and Kimberly Williams, the characters are full-bodied and (especially in Fio's case) impish and spirited; the dogfights are nostalgic, rip-roaring feats of visual design; and Miyazaki's signature twist, an inexplicable enchantment that signifies Porco's past emotional trauma, works beautifully to push this high-flying fable right to the edge of fantasy.