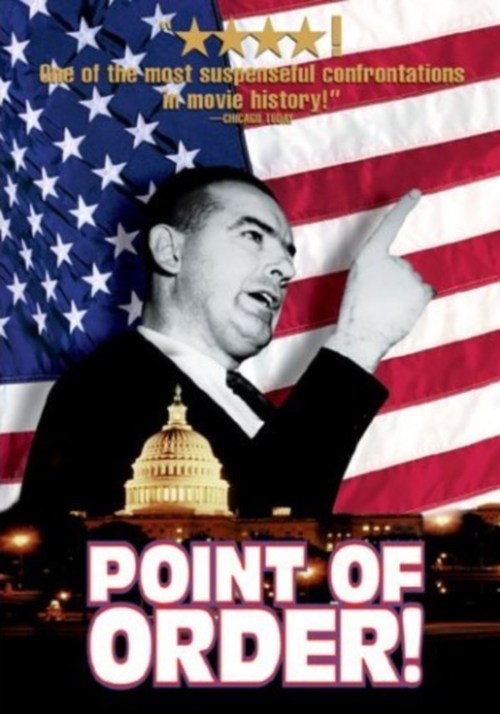 Emile de Antonio's searing visual document is an expertly edited compilation of 1954's televised Army-McCarthy hearings, which were famous for bringing down the nefarious junior senator from Wisconsin, Joseph McCarthy, after his long, corrosive Communist witch-hunt ruined scores of lives.

First released in 1964, this invaluable piece of visual history places the fall of McCarthy-ism in lucid, dramatic context. While most of us have seen Boston lawyer (and Army counsel) Joseph Welch's pivotal repudiation of McCarthy ("At long last, Senator..."), few remember what led up to it, which only heightens its history-making impact. It's fascinating to see smarmy McCarthy counsel Roy Cohn go up against Welch and Senator Stuart Symington on charges of currying blatant favoritism for Army enlistee G. David Schine (Cohn's lover). Watching McCarthy himself is spooky, as we have to wonder how a man like this could amass such destructive power.