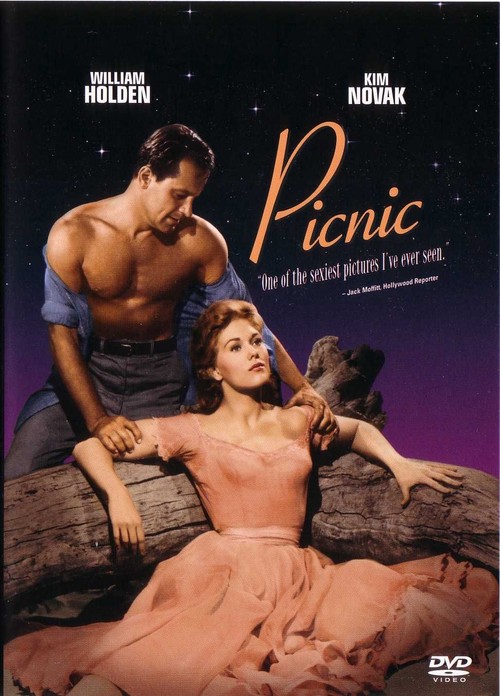 Hal Carter (Holden), a down-and-out former college football jock, hops a freight to Kansas to ask his wealthy former roommate Alan Benson (Robertson) for a job. Alan's thrilled to see him (at first), but others distrust the rugged stranger, including Flo Owens (Field), the socially ambitious mother of the girl Alan's been dating, town beauty Madge (the sultry Novak, in her film debut). She also senses the potential chemistry between Hal and Madge, an attraction that might ruin Flo's carefully laid plans for her daughter's future. These simmering issues eventually come to a head at the town picnic.

Joshua Logan's adaptation of the hit William Inge play captures the feeling of mid-twentieth century small town America as few other pictures have. Location shooting in Technicolor helps, with the crowd shots of real Kansans enjoying themselves during the picnic sequence particularly evocative. The two romantic leads do indeed heat up the screen, particularly during their memorable dance to the fifties standard, "Moonglow." Robertson, Field, Rosalind Russell and Arthur O'Connell round out a first-rate cast. This is one "Picnic" well worth attending.