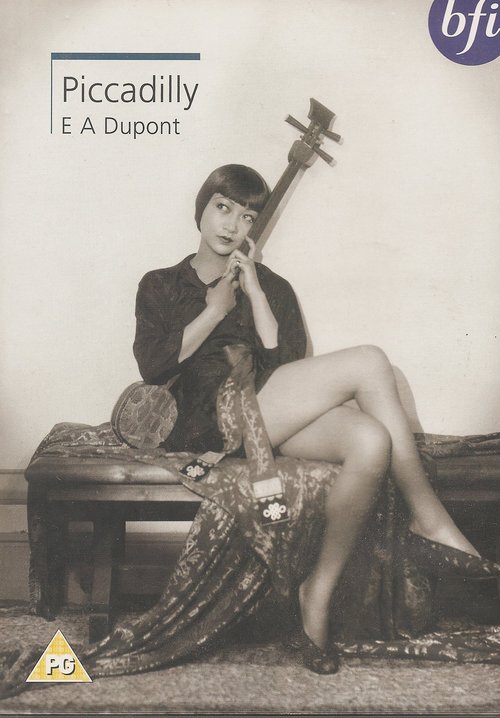 When Valentine Wilmot (Thomas) discovers Shosho (Wong), a Chinese scullery maid, seductively sashaying in the kitchen of his London nightclub, he knows he's found the answer to his business woes. On the stage and through her wiles, Shosho becomes a star; but she is soon targeted by Wilmot's jealous dancer-girlfriend, Mabel (Gray), and a disapproving lover (Chang).

Dupont's scandalous, expressionistically photographed melodrama has a lot to recommend it, including fluid, innovative camerawork, Alfred Junge's exquisite sets, and a Jazz Age effervescence — not to mention a plot involving sex, showgirls, and murder. But the heart and soul of this film belongs to the under-sung Anna May Wong, an A-list Asian beauty whose radiant face and form captivated audiences in the late 20s. Charismatic and self-possessed, Wong was better known in Europe, where she starred in Von Sternberg's "Shanghai Express." But she is at her mesmerizing best in "Piccadilly." Big bonus: Charles Laughton's comedic early cameo as a rowdy customer.

Pick Up On South Street