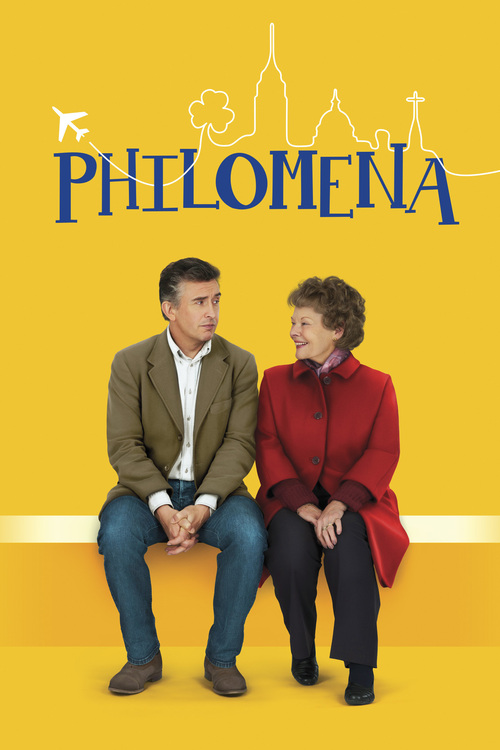 Martin Sixsmith (Coogan), a jaded, British political journalist in-between assignments, begrudgingly takes on a “human interest” story when he meets Philomena Lee (Dench), an Irish woman with a fascinating tale to tell. When she was a teenager in Ireland in 1952, she bore a child out of wedlock at a convent for wayward girls. Philomena worked in the laundry to earn her keep, and took comfort in the fact her boy was nearby and she could see him from time to time. Then, when the boy was just three, the nuns arranged for him to be adopted by a rich American family, at a tidy profit to themselves. Now, fifty years later, Philomena wants to find her son and asks Martin for his help.

Based on a true story, the bittersweet subject matter is delicately handled by Frears’s unfussy direction and well-served by the darkly amusing script by Oscar nominees Coogan and Jeff Pope (who adapted the script from Sixsmith’s book). The odd couple pairing of comedian Coogan and “National Treasure” Dame Judi Dench is lightning in a bottle; Dench makes Philomena both adorably naïve and surprisingly astute (she received her seventh Oscar nod for this). Meanwhile, Coogan’s Martin, an avowed atheist, moves credibly from wisecracking cynicism to tempered empathy. Frears juggles the poignant and the witty with delightful results in this absolute gem of a film.