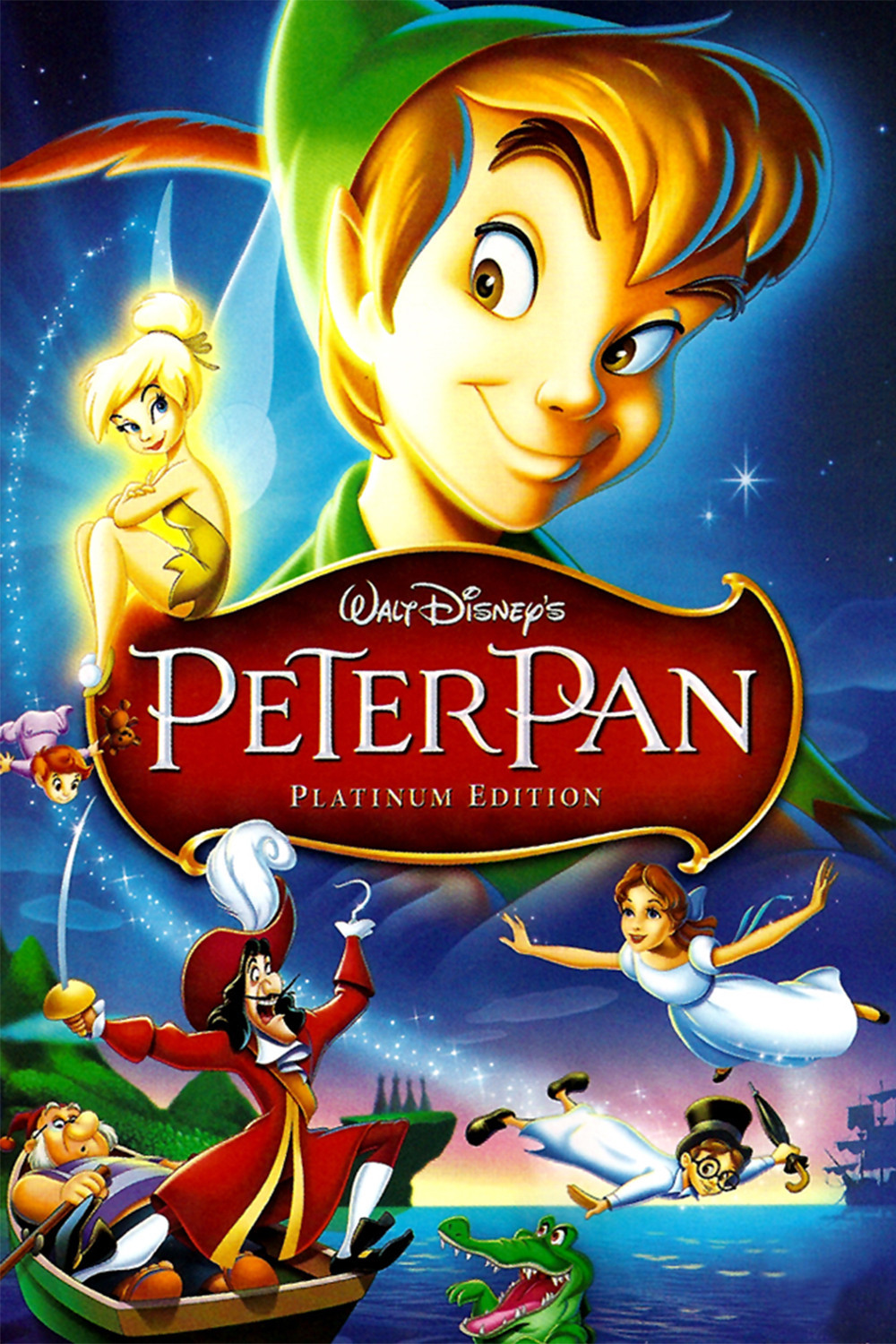 English girl Wendy Darling (Beaumont) enjoys telling her younger siblings Michael and John fanciful stories about a mythical boy who never grows up. One night, much to their delight, Peter Pan (Driscoll) himself appears in their nursery in search of his shadow. Sprinkled with magic flying dust by Peter's sidekick Tinkerbell, the three children take an adventurous journey to Never-Never Land, where they encounter malicious knave Captain Hook (Conried).

An evergreen animated fantasy based on J.M. Barrie's beloved children's book, Disney's "Peter Pan" features dazzling hand-drawn visuals, excellent voice acting, and a winning score epitomized by the song "You Can Fly!"  Peter, as played by Driscoll, is refreshingly cocky; Tinkerbell has a bit of an impetuous streak; and Hook, of course, is as dastardly as ever. Made by the same team that later created "The Lady and the Tramp," this thrilling imaginative tale bests the 1923 live-action original, and leaves most other versions in the (fairy) dust as well.