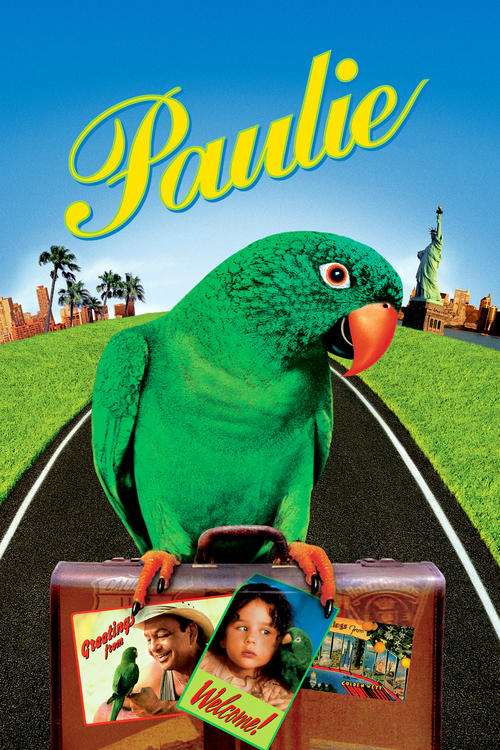 Paulie, a talking parrot (voiced by Mohr), relates his life story to Misha (Shalhoub), a sympathetic Russian janitor employed in the research lab where our winged protagonist is currently confined. We learn how Paulie was taken away from his beloved original owner, a little girl named Marie (Eisenberg), when her parents thought she was lying about Paulie talking. His care-givers since have included mariachi musician Ignacio (Marin) and widowed painter Ivy (Rowlands). Still, Paulie keeps hoping for rescue, and a reunion with Marie.

This charming family feature directed by John Roberts benefits from a sly, funny script that helps the movie avoid a case of the cutes. Top-notch casting also helps, with Marin and Rowlands both stand-outs; and credit Roberts and Mohr with making Paulie an unusually expressive parrot — an adorable character we can actually root for. Parents needn't squawk about "Paulie": the movie rewards kids and adults in equal measure.