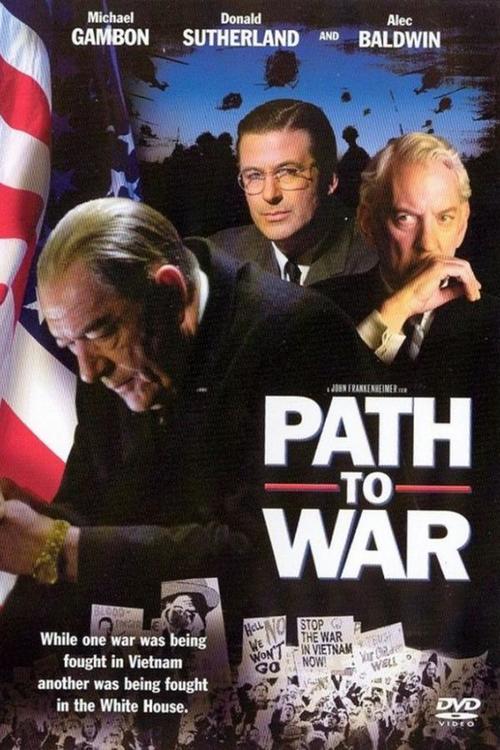 In 1965, President Lyndon B. Johnson (Gambon) is gearing up to institute what he hopes will be a radical new social agenda for America. But as the war in Vietnam escalates, unleashing waves of domestic protest, Johnson begins to rely heavily on the advice of anti-Communist Defense Secretary Robert McNamara (Baldwin), who urges the Commander in Chief to devote more firepower and troops to the overseas campaign, against the wishes of dovish senior staffer Clark Clifford (Sutherland).

For his final film, the late, celebrated director John Frankenheimer revisits a tumultuous time in American social and political history, focusing this compelling, well-acted historical drama on the Shakespearean dilemmas of then-president Johnson. Credibly embodied (not simply mimicked) by Gambon, LBJ envisions remaking a country where social justice and reforms will forge a Great Society; but every decision he makes about the American presence in Vietnam seems to drive him down a disastrous path of no return, a course that will eventually cost him the job. With a sterling cast (including Philip Baker Hall as a Republican senator and Gary Sinise as Gov. George Wallace), Frankenheimer's "Path to War" humanizes a controversial public figure and brings to life a momentous chapter in our nation's history.