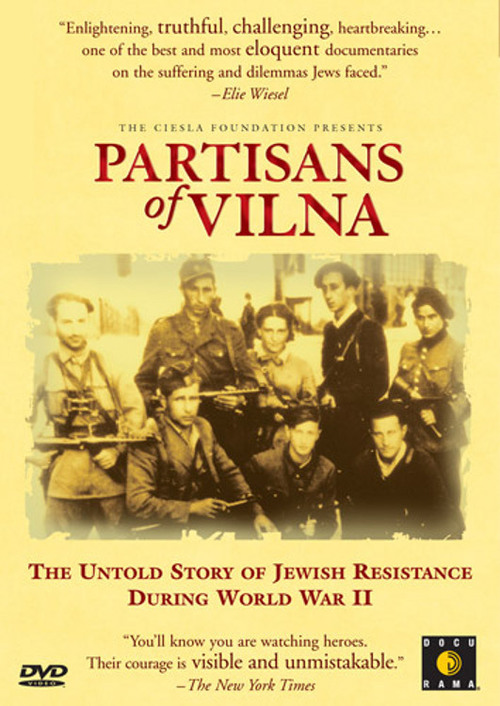 Revisiting a little-known episode from the Holocaust years, this riveting documentary tells the story of Jewish resistance fighters in the Lithuanian city of Vilna who formed a commando unit, the FPO, to commit acts of sabotage against the Germans. Archival footage and interviews with more than 40 survivors form the backbone of this tribute, which examines the horror of the pogroms, the fraught internal politics of Jewish ghetto life, and the fateful events surrounding the arrest of FPO leader Wittenberg in 1943.

A brilliant and compelling example of documentary film as historical witness, Waletsky's "Partisans" explains how Vilna, "the Jerusalem of Lithuania," became a hotbed of anti-Nazi resistance, primarily owing to the scholarly pedigree of its surviving 20,000 Jews, who decided they would not be "led like sheep to the slaughter." Waletsky and producer Aviva Kempner had originally planned a film on the Warsaw ghetto (a neighborhood later memorialized in Polanski's "The Pianist"), but found an equally fascinating subject in Vilna. The stories they unearth, and the first-hand testimonies we hear, offer a poignant, awe-inspiring lesson in courage and survival.