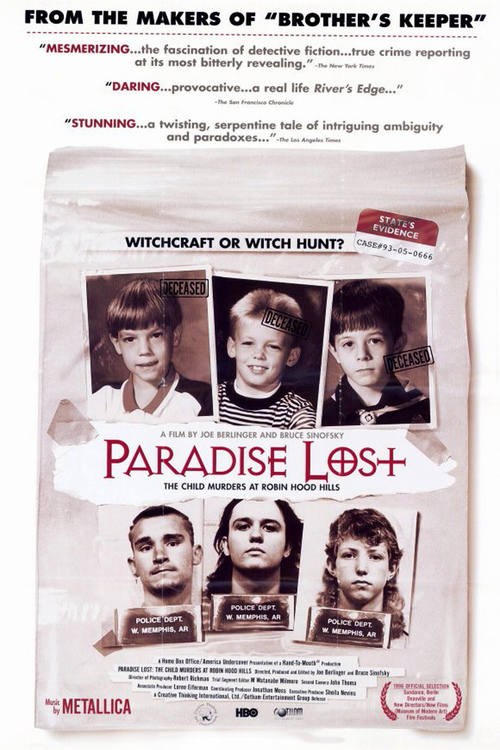 In West Memphis, Arkansas, 1993, three 8-year old-boys are found mutilated, their bodies tossed into a shallow creek; it's not long before arrests are made. Tragically, the three suspects — Damian Nichols, Jason Baldwin, and Jesse Miskelly — are just teenagers themselves, but also, according to police investigators, supposed Satan worshippers. As the community's hostility toward the black-clad, heavy metal-loving kids mounts, and a trial date approaches, the boys vehemently declare their innocence. Are they really guilty or did someone else commit the crime?

Joe Berlinger and Bruce Sinofsky's intensely disturbing true-crime tale "Paradise Lost" examines the confounding details of the infamous kiddie murders at Robin Hood Hills. The children-killed-by-children theme is scary enough, but the trial and its outcome leave a sour, uncertain taste, as the prosecution case is built mostly around the confession (under duress) of one defendant, who's just on the cusp of being mentally handicapped. Be warned: this unnerving film contains graphic images of the victims. But just as unsettling is the feeling that in this case, our society and criminal justice system may have failed us... and those kids.