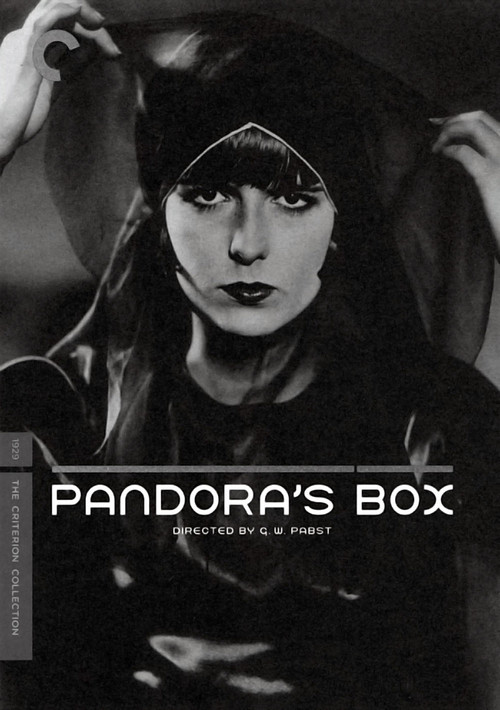 Sultry, tantalizing dancer Lulu (Louise Brooks) captivates all the men she meets, including her much older lover and financial crutch, Dr. Schon (Fritz Kortner). Though Schon is engaged to marry a woman from respectable society, he can't free himself from Lulu's spell. Even his son Alwa is enamored with Lulu, and mounts a variety show with her as the star attraction. But after a violent backstage scuffle leads to Schon's death and a criminal case, Lulu and Alwa are forced to flee, hiding penniless in one of London's seedier quarters.

Tawdry, decadent, and unflinching in its portrait of the moral depravity of the Weimar republic, G.W. Pabst's bewitching "Box" might not be so well remembered today if it weren't for the dark charm of Brooks, one of the silent era's most erotic and stunningly sensual sirens. Playing a flirty cabaret dancer who eventually turns to prostitution to survive in dreary London, Brooks is nothing short of thrilling, with her flapper-girl bob and come-hither expressiveness. Pabst surrounds his sympathetic victim/heroine with a leering old codger, a conflicted society man, and even a lesbian admirer, whom she uses to her advantage. But Lulu's light is dimmed by a fateful encounter with Jack the Ripper. Open up this "Box" for a haunting risqué take on Jazz Age libertinism.

Panic in the Streets