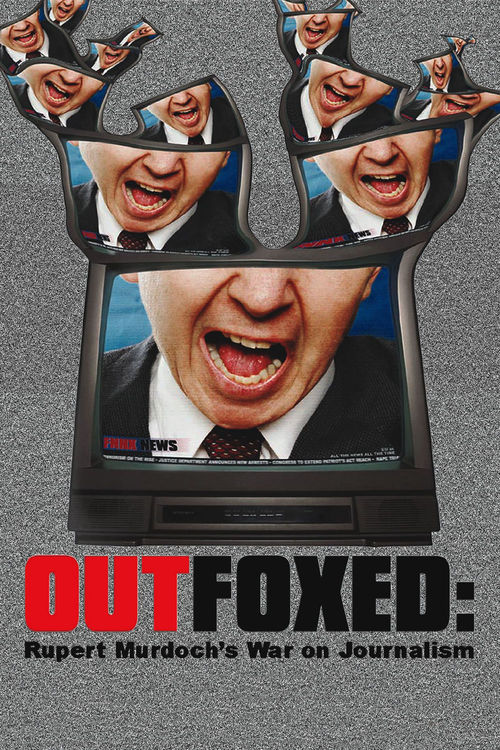 According to this scalding, riveting documentary, cable television news has taken a turn for the worse under the regime of Fox News, abandoning all pretense of political objectivity despite its ironic “fair and balanced” tagline. Through damning footage of senior screamer Bill O’Reilly and interviews with media experts Eric Alterman and Robert McChesney, Greenwald examines how the inflammatory tactics of Murdoch’s minions have lowered the standard for broadcast news, trumpeted his private corporate interests, and disempowered the American public.

Australian media titan Rupert Murdoch has a chokehold on news and information through his vast holdings, but as “Outfoxed” makes clear, his influence is felt mostly through Fox News, where arrogant ogre O’Reilly raves nightly on behalf of the poisonous and reactionary politics of emotion. How has Murdoch changed the rules of the game for journalists everywhere? “Outfoxed” delivers an incisive, convincing answer that made me, like “Network” anchor Howard Beale, mad as hell.