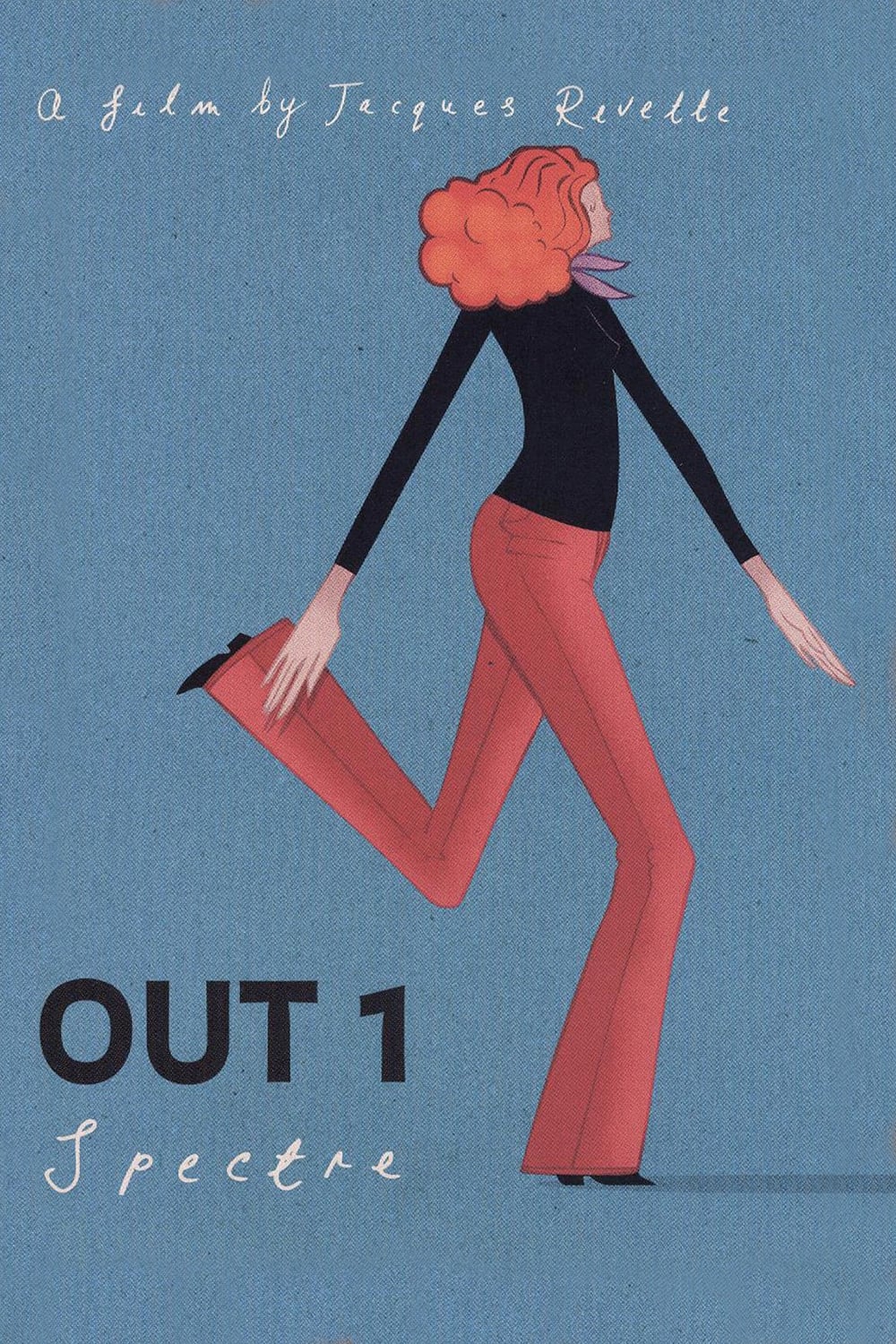 In Paris, two separate theatre groups rehearse plays by Greek dramatist Aeschylus. Colin (Léaud) panhandles for money by pretending to be a deaf-mute and playing on his harmonica. Frédérique is a confidence trickster who scams money from random men she chats up in bars. With increasing paranoia, Colin delves into texts from Balzac and Lewis Carroll, searching for proof that there exists a secret group of conspirators called “the 13.”

New Wave architect Rivette re-sculpts his 13 hour opus (“Out 1: Noli Me Tangere”) into a new, no-less challenging form that reveals its plot slowly but with mounting intrigue. Filmed guerilla style on the iconic streets of 1970s Paris, the actors improvise much of their dialogue, as Rivette weaves in political, theatrical and literary themes.  Meandering, opaque scenes coalesce into an ominous thriller complete with blackmail and mysterious characters. Léaud is perfectly cast as the Keatonesque naïf (or perhaps not?) at its beautifully tangled center.