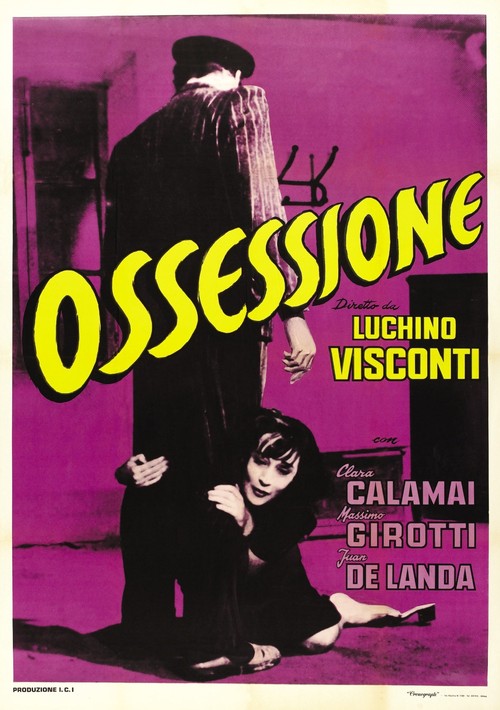 After handsome drifter Gino (Girotti) finds work in an out-of-the-way inn run by the nasty Braganda (De Landa), he finds himself resisting the advances of Giovanna (Calamai), the proprietor's sultry young wife. Eventually, Gino succumbs to Giovanna's allure, and plots with her to murder the old man in what they hope will look like a traffic accident.

In 1943, still under the nose of fascist censors, the great Visconti directed this sizzling, unauthorized adaptation of James Cain's novel “The Postman Always Rings Twice,” which would finally get made in America three years later. Often referred to as the first neo-realist film, it comes off more as earthy, tingling melodrama. Regardless of how you categorize it, “Ossessione” stacks up admirably against later versions of this definitive crime of passion story.