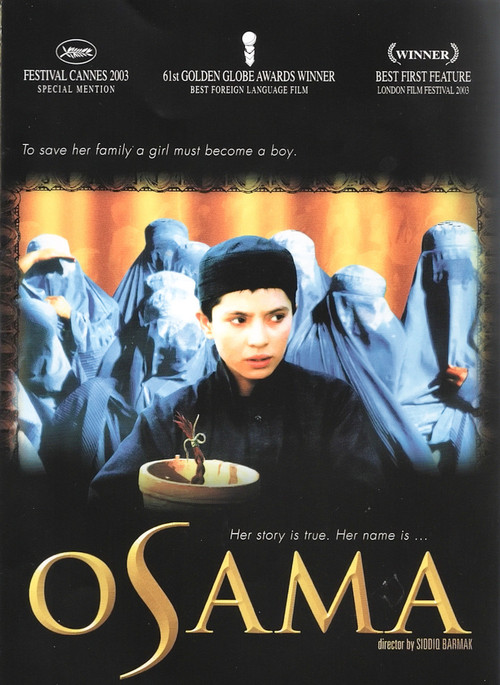 This heartrending, true-to-life film tells the story of a widowed mother (Sahar) and her young daughter (Golbahari), who are jailed by the Taliban after a raid at the hospital where they're employed in violation of the regime's strict religious code. Since there are no males to provide for them, the older woman masquerades her 12-year-old daughter, nicknamed "Osama," as a boy — at tremendous risk to her safety.

An astonishing debut from director Barmak, and the first film to be made in post-Taliban Afghanistan, "Osama" paints a horrific portrait of daily life under the oppressive fundamentalist regime, where women are completely devalued and only men allowed to work, leaving all-female families, with husbands martyred in battle, to starve. With continual fear of exposure etched in her doe-like eyes, Golbahari, a young Afghani non-actor who plays Osama, breaks our hearts each time we look at her. Don't miss this trenchant, eye-opening film.